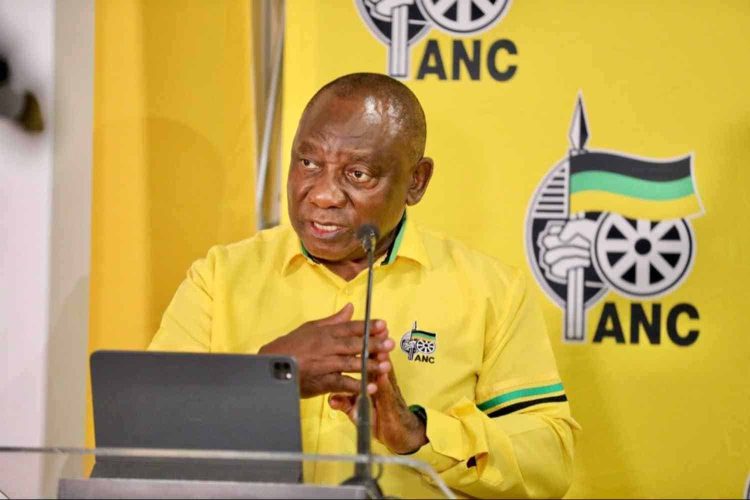 A group of eight ANC members has launched a campaign against President Cyril Ramaphosa in the midst of the party’s attempt to reclaim glory in the upcoming 2021 municipal elections.

On Monday, the group of disgruntled members, led by Onica Maphisa, held a press briefing at the Booysen Hotel in Johannesburg, where they listed the reasons behind their calls for the president to be dealt with internally.

At the centre of the group’s calls, are claims that Ramaphosa contravened Rule 25 of the ANC’s constitution, a matter that was dismissed by the Gauteng High Court in July 2021.

“The court had no right to pronounce on the CR17 matter, they overreached. They should have said, take it back to the ANC and deal with it within the confines of the ANC and apply the rules according to how the constitution of the ANC dictates they should be applied,” Maphisa asserted.

Maphisa insisted that ANC leaders are not allowed to mobilise funding for internal party leadership contests and Ramaphosa’s 2017 Nasrec campaign was a gross case of misconduct that needed the urgent attention of the party’s national disciplinary committee (NDC).

Is there a paid smear campaign against Ramaphosa?

It seems, rising tensions within the ruling party that’s split between ‘Thuma Mina’ supporters and loyalists of ousted leaders such as former president Jacob Zuma and suspended Secretary-General Ace Magashule, continue to brew below the surface of forged unity.

Maphisa, however, made it abundantly clear that the group was, in no way, paid to disrupt the ANC’s efforts on the campaign trail. Neither was the group aligned to Zuma or Magashule, despite their assertion that the suspended SG was within his rights to challenge Ramaphosa’s authority earlier this year.

“We are not aligned to anybody. It would be disingenuous to affiliate this to any person that is assumed to be disgruntled because I do not think that the stepping aside of the SG would be equated to him being disgruntled. So there is nobody that is sponsoring us,” the group maintained.