In the light of receiving a letter from Oscar Pistorius, Barry and June Steenkamp share how difficult this whole process has been for them. 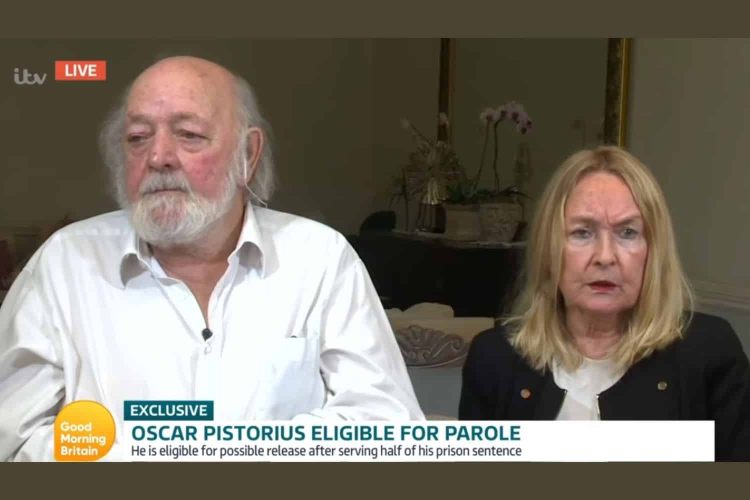 Parents of Reeva Steenkamp, who was shot by Oscar Pistorius in 2013, sat down with Good Morning Britain in a recent interview.

In the interview, Barry and June Steenkamp revealed that all they want is the truth and that Oscar must still pay for what he has done.

The Steenkamp’s just want the truth

Barry and June obviously feel that Oscar Pistorius is not telling the full story and that he is not showing any remorse for the tragedy that he caused.

“One day I would like to talk to Oscar, man-to-man. We feel there are still a lot of things to come out of this story and we are hoping that Oscar will tell us the truth,” said Reeva’s father.

The Steenkamps recently received a letter from Oscar in October, and the pair described it as “ripping a Band-Aid”. As part of Oscar’s trial for parole, he wants to meet with Reeva’s parents.

However, June Steenkamp, especially, feels that the only reason he is showing any kind of “remorse” is to benefit his parole case.

Does Oscar Pistorius truly feel sorry for what he did?

When the interviewer asked whether they think Oscar feels any remorse for what he has done, Barry Steenkamp said that that was difficult to answer.

“Once the deed has been done, 90% of people will feel remorse. The 10% don’t care and they are the ones who shouldn’t get out of prison. Naturally, if you kill somebody, sooner or later, you will feel remorse, whether it’s for yourself or for the family,” Barry said.

His wife, June, however, feels that Oscar has shown no remorse.

“I think he will only show remorse if it contributes to his getting out of jail. We don’t have the full story. He changed his mind three times under oath”, she said, adding that all they want is the truth.

According to June, an apology is not enough.

“Sorry is not enough for losing her life. She was wonderful and her whole future was ahead of her. He took everything away from her and us. But I forgave him. I forgave him through God. God asked me to forgive him but that doesn’t mean he must not pay for what he has done,” she said.

And regarding the possible parole, June feels that Oscar must serve his full 13-year sentence.

“In my eyes, he must still pay for what he has done.”

Watch the full interview below: