Russia has threatened to take 'retaliatory steps' if its neighbour Finland joins NATO. Finland said it would apply 'without delay' 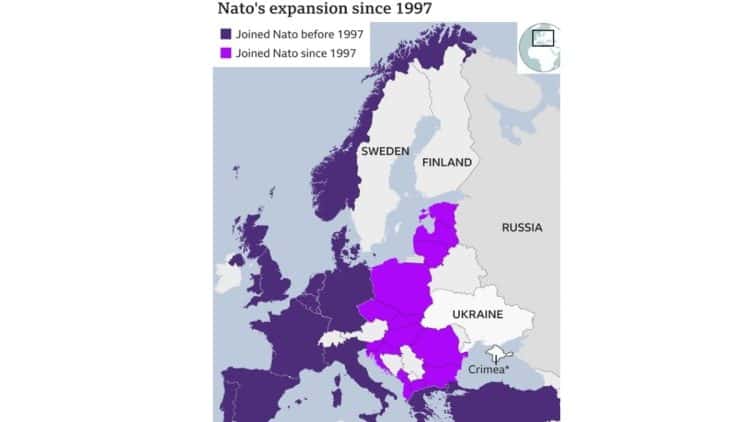 Russia has threatened to take ‘retaliatory steps’ if its neighbour Finland becomes a member of NATO. The threat comes after Finland said on Thursday it would apply to join NATO “without delay” and Sweden saying it will also join NATO following the Russian invasion of Ukraine which began on 24 February.

Finland shares a 1,300-km (810-mile) border with Russia. Until recently, Finland had avoided joining NATO as it did not want to come into conflict with its neighbouring country. Russia made it clear that they did not want NATO anywhere close to their region, but the recent invasion of Ukraine has pushed countries like Finland to apply for NATO membership.

Russia released a statement describing the move as “a radical change in the country’s foreign policy”.

“Finland’s accession to NATO will cause serious damage to bilateral Russian-Finnish relations and the maintaining of stability and security in the Northern European region. Russia will be forced to take retaliatory steps, both of military-technical and other nature, in order to neutralise the threats to its national security that arise from this.”

However, Moscow did not specify what kind of steps it would take if both Finland and Sweden become members of NATO. “Everything will depend on how this expansion process plays out, the extent to which military infrastructure moves closer to our borders,” Dmitry Peskov, Kremlin’s spokesperson told reporters.