A breakdown of the arguments presented by each side during Shell's second hearing regarding the seismic survey along the Wild Coast. 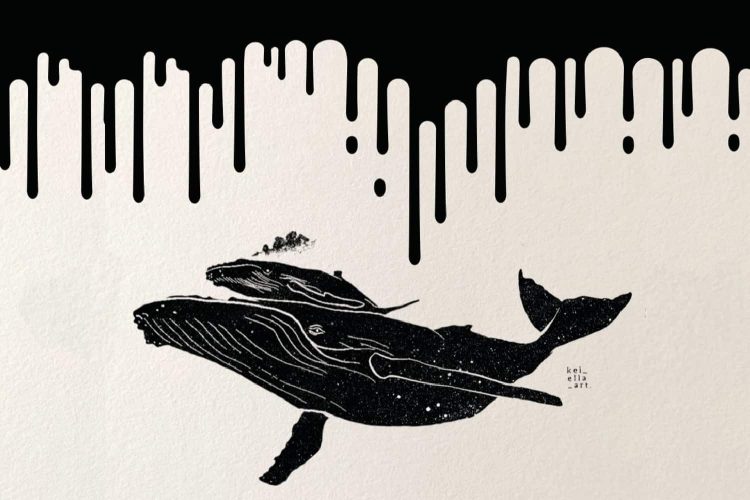 Royal Dutch Shell has been facing an ongoing battle with various organisations as well as the public in regards to their seismic survey project along the Wild Coast of South Africa. Yesterday, the 17th of December, their second hearing took place, and lasted just under 8 hours.

Arguments of the Applicants

As a form of introduction, the applicants start the hearing by pointing out what Shell states in their own project summary document:

The applicants state that the consultation process was inadequate. The constitution obligates the consultation of affected parties for any major project. And imposes this legal duty on both Shell and the Minister. However, the last consultation for this seismic survey project was in 2013. And even this consultation process was “a sham”. The parties consulted were chosen based on previous stakeholders and did not include any potentially affected communities. Despite the fact that Shell themselves state in their original EMPR (Environmental Management Programme) that the communities and the traditional fishing industry should be consulted.

The applicants add that, on top of this, the means of informing the general public of the planned operation were “exclusive”. Making the application MPRDA non compliant. The MPRDA (Mineral and Petroleum Resources Development Act) states that consultation must be made accessible to the affected parties. Yet, upon application for authorisation of the project, the only means of informing the general public were through four newspaper releases. Three of them were in English and one in Afrikaans. This means that only those members of the public able to read in English or Afrikaans would have had access to the information. A significant factor when you consider that the majority of the affected communities are Zulu or Xhosa.

Furthermore, the project should have taken place within three years of initial authorisation. However, Shell requested numerous extensions. And this year in August, upon request for renewal of the authorisation for the project, no consultation process whatsoever was followed. Although Shell responded to this by saying that, legally, there are no consultation requirements with renewal or the permission.

Shell has been “Dismissive” of Affected Communities

The applicants also point out that overall Shell has been dismissive of the affected communities, including during the hearings. Yet, in their own EMPR papers, Shell admits that there would be “an alteration of the rate and/or distribution of catches”. And that there will be “an impact on traditional line-fishing”. According to the applicants, Shell states that the impact on fishing is of no consequence. In another instance, they say that it won’t be that bad. Possibly suggesting a reason for their lack of consultation with local fishing communities. However, the applicants state “Any impact triggers a duty of consultation”.

Another cause for concern of the applicants are cultural and spiritual beliefs. Many of these communities use the ocean for ritualistic purposes. Plus, some believe that their ancestors reside in the ocean, and will be disturbed by the seismic blasts. Shell’s attitude to this is contradictory. Because although they agree with the constitutional rights stating that “..of course every South African must respect the spiritual and cultural beliefs of every other South African” they follow by saying that the spiritual and cultural beliefs of the applicants are “subjective”. And claim that it is an “unprecedented category of harm” that cannot be allowed to “trump” shells objectives.

The second point brought to court, and the most precedent, is the question of environmental permission under the current legislation. This topic had some back and forthing, as it seems both parties involved interpreted the current laws differently.

The applicants state that although the initial permission was given before the new One Environmental legislation was put in place, there are current laws which state having received authorisation under the MPRDA does not mean that an exploration project has authorisation under NEMA. In particular, they refer to a legislation which was amended 11 July 2021. Which says that any “explorations”, offshore or onshore, require NEMA permission.

Although it is unclear, it appears that acting Judge Avinash Govindjee, who ruled in favour of Shell at the hearing earlier this month, states exactly the opposite. He claims that Shell’s MPRDA approval includes environmental approval under NEMA. To add to this, the Minister recently released an affidavit where it appears he may also be of the same view. So there is a grey area here which the current judge will have to wade through.

As a final point, the applicants add that, although Shell may have spent close to a billion rand on this project already, the balance of harm is still in the favour of the applicants. Because no amount of money can offset the irreparable harm that could be caused to the people and environment. Nor offset the loss of constitutional rights of the people.

Shell starts off in the hearing by complaining that the applicants have “dressed up” their application and “misconstrued their remedy”. They protest that the applicant’s “remedy lies not in an interdict, but in a badger”.

The Application is Extraordinary

They say that the application is “extraordinary”. They are surprised it is being allowed to go to court, considering it is the second time an urgent interdict is being requested. And because they believe that the applicants are trying a “back door” tactic. They accuse the applicants of using a “discretionary remedy”. Playing on the court’s and the judge’s right to exercise discretion. They state it would be incorrect for “speculative harm” to be the cause for such “a major degree of loss” for Shell.

Furthermore, they argue that there has been an unfair “barrage of attack” on a company that believed their activities were “lawful”.

Shell protests that the applicant’s argument at the hearing was mostly around the lack of consultation. Despite, lack of environmental authorisation being the main case. Plus, they add that an inadequate consultation procedure would only be grounds for a review of the project. And not an interdict. They state that the compliance with a consultation process is besides the point and has nothing to do with the main focus. Which is the question of NEMA compliance.

Shells claims to have not in any way been dismissive of the applicants and any possibly affected communities. They also reiterate that the ship shall never be closer than 20km to the shoreline. And that they believe this is a sufficient distance not to affect the community. Later, they then continue by disputing the need to assess the difference between “tangible harm” and “intangible harm”. Implicating that the harm caused to the communities is intangible and therefore an “unprecedented category of harm”.

The Need for NEMA Authorisation

The first thing that Shell states is that the need for environmental authorisation only became effective as of 8 December 2014. And that the bottom line is this is after they were granted permission for the project. Later in the hearing they go on to claim that the NEMA amendment act states that an EMPR approved under the MPRDA prior to December 2014 “must be regarded as approved in terms of the principal act”. However the judge questioned the full meaning of this clause.

First off, in the hearing Shell declares that “the case for irreparable harm doesn’t even get out of the starting blocks” because it has “not been sufficiently pleaded”. They say the applicant’s plea on irreparable harm is unclear. The applicants later replied to this by reading out points from their submitted paperwork which support cause for concern of irreparable harm. Included in this were numerous statements made by scientific experts, explaining the potential impact on the environment and many endangered species.

The Shell representative then states that Shell is also not implying no harm will be caused. And that the idea behind an act such as the MPRDA is not to prevent any harm whatsoever, but to ensure “the least possible harm” is caused. They add that the law recognises the necessity for commercial activity. And simply tries to find a balance between the need for an activity and the potential harm caused by the activity.

Shell also claims in the hearing that the applicant’s facts around the “blasting” are incorrect. Shell claims that, firstly, by repeatedly labeling the air gun shots as “blasting”, the applicants are creating an unjustified emotion around the activity. Thereby making use of an “atmospheric tool”. And secondly, the applicants are adding irrelevant information about jet plane noises and such in order to exacerbate the emotion. The applicants later counter this by stating that, in fact, they had been “underplaying” the blasting with this. Since sound travels faster and, in many cases, further under water than in air.

Shell complains that the applicants are paying no attention to the preventative measures taken in order to minimise the impact. They say that the company has gone through a great deal of trouble to do the best that they can to alleviate any possible harm. They remind the court that Judge Avinash Govindjee, from the previous hearing, stated that there was no reason to believe Shell’s mitigation measures were insubstantial. Shell also says they will provide extra information to prove that, so far, their mitigation measures have been successful over the last two weeks that this project has been ongoing.

Furthermore, they claim that in the last five years, various entities have conducted 35 other surveys of this nature around South Africa. And that no link to harm has been made when the appropriate mitigation measures have been put in place. The applicants disputed this as incorrect, with some data on previous recordings of beached animals and their proximity to conducted surveys.

Shell also adds that in 2020 they reviewed their EMPR to check that the mitigation measures were sufficient. And that they have even gone beyond the requirements laid out in the EMPR. They argue that if their mitigation measures are not good enough, then none are good enough and all seismic surveys should be considered unlawful.