The warning lights are on for malaria medicines in Africa

Resistance occurs when the effectiveness of a drug is reduced and it no longer provides a full cure against the targeted infection. 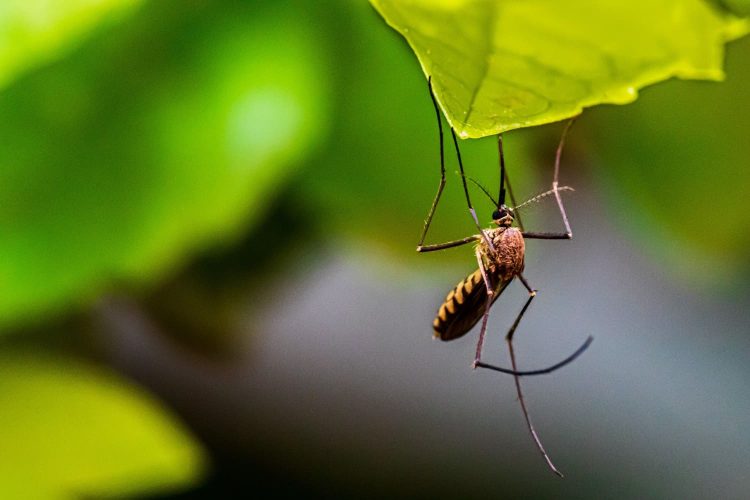 Photo by Syed Ali on Unsplash

Reports of sporadic resistance to modern malaria drugs have begun appearing in recent years, and are now confirmed in Rwanda and Uganda. The Conversation Africa’s Ina Skosana asked infectious diseases experts Deus Ishengoma and Fredros Okumu to explain this development and what the implications are.

What is drug resistant malaria and how did it come about?

Resistance occurs when the effectiveness of a drug is reduced and it no longer provides a full cure against the targeted infection. It usually starts with only a few mutated parasites that survive treatments in an area. But it can spread rapidly because these resistant parasites continue to reproduce, while the susceptible ones are killed by the treatments.

For example, chloroquine was once considered to be the magic bullet against malaria. But malaria parasites evolved to survive it. The resistance spread in the 1980s and 1990s. It took more than 20 years of gradual failure before African governments and the World Health Organisation (WHO) agreed to change the guidelines and stop using chloroquine.

One reason for this was that the alternative medicines, notably artemisinin combination therapy (ACTs), were way too expensive and out of reach for most patients in the low-income countries

The other alternative drug at the time, sulfadoxine-pyrimethamine, was also showing signs of failure.

The methods for diagnosing malaria were less accurate and not always available back then. So children with fever were commonly treated as if they had malaria. This situation required a low-cost and widely available medicine, even if imperfect.

An even bigger problem was the lack of real-time data on the extent, impact and magnitude of drug resistance. The delayed appreciation of drug resistance caused an unnecessarily large number of severe malaria cases and preventable deaths across Africa in the late 1990s and early 2000s.

The WHO then recommended the use of artemisinin combination therapy (ACTs). These are cocktails, in which the most important ingredients are derivatives of artemisinin, a plant extract first synthesized in 1972 by the Chinese chemist, Tu Youyou, who later won the Nobel Prize in Physiology and Medicine in 2015. Because the ACTs are mixtures, it is difficult for malaria parasites to resist them.

Soon after the introduction of ACTs, reports of resistance to artemisinins started to emerge. These were initially in south-east Asia.

Since 2006, the WHO has been advising countries not to use single drugs (especially any artemisinin drug on its own). Instead, countries should use mostly combination therapies.

Unfortunately, for management of severe malaria, there are still no alternatives, so the recommended options still consist of only one active ingredient instead of mixtures. Examples are artesunate injections or the rectal artesunate capsules recommended for low income remote settings to buy families time and save lives of babies before reaching appropriate care.

These single drug options are the ones most threatened by the emerging resistance to front-line treatments for severe malaria in Africa. Moreover, new evidence now suggests that rectal artesunate capsules may actually not reduce malaria deaths unless the underlying health systems are sufficiently strong. Therefore, new options are even more urgently required here.

What do recent developments signal?

In Africa, most malaria-infected people who receive treatment in good time are fully cured and suffer no long-term effects. However, a minority can be unresponsive to standard treatments. Scientists and health practitioners are increasingly concerned that the situation may worsen in the years to come.

Professor Abdoulaye Djimde is the director of the Malaria Research and Training Centre at the University of Bamako in Mali. He was among the experts who first demonstrated (in 2001) how certain genetic changes in malaria parasites were linked to resistance against chloroquine. We recently asked him about the evidence for resistance to artemisinins in Africa. He thought deeply for moments before stating sadly that “the lights are yellow”. By this he meant that front-line drugs remain largely effective, but the likelihood of widespread failure is growing fast. https://www.youtube.com/embed/YJQee6MSPTQ?wmode=transparent&start=0 Malaria Meds: a MasterClass with Profs. Timothy Wells, Pierre Hugo, George Jagoe & Abdoulaye Djimde.

Efforts to develop new medicines have gained momentum, but no new drugs are expected in the market for at least several years.

The good news is that resistance to artemisinins has not spread widely in Africa. A recent review by a consortium of African scientists concluded that African malaria parasites already have the genetic changes potentially associated with resistance to artemisinins. But the frequency of these changes is still very low. Surveillance of these genetic elements must be ramped up and performance of drug treatments closely monitored.

It matters because of the scale of the potential problem. There are 241 million malaria cases resulting in 627,000 deaths annually – even without widespread drug resistance in Africa, where nearly all these deaths occur.

What needs to happen?

First, we must recognise the urgency of this situation and develop a plan. In a recent conversation, Prof. Pedro Alonso, the director of the WHO Global Malaria Programme, reminded us that the drug resistance in Africa is emerging independently of the situation in south-east Asia, and we should not wait until complete failure emerges in Africa.

There are now low-cost rapid diagnostics for detecting malaria even in rural settings. There are also far better scientific methods for monitoring performance and safety of malaria medicines.

More importantly, molecular surveillance allows us to detect the resistance signals in circulating malaria parasites long before the medicines begin failing. This way, public health authorities and drug developers can stay ahead of the game, by adjusting treatment guidelines.

One example is a programme we recently established in Tanzania to track genetic changes in the circulating malaria parasites and how these parasites respond to current treatments.

Countries must endeavour to prevent as many cases as possible and limit the likelihood of severe malaria.

The WHO Malaria Policy Advisory Group has emphasised the need to intensify investigations into artemisinin resistance in Africa and urged the Global Malaria Programme to consider what to do if partner drugs become less effective.

Beyond this, we must learn from history and from recent trends. Most importantly, we all need a honest reflection of what it will really take to eliminate malaria. The overriding lesson is that problems such as resistance are merely symptoms of greater challenges. Medicines, insecticides and nets may deliver short-term anti-malaria goals. But sustainable progress towards elimination requires more holistic approaches.