WATCH: KZN Petrol station gets ploughed by a car

A total of three vehicles and a petrol pump was damaged during the crash and a large petrol tanker parked nearby was narrowly missed. 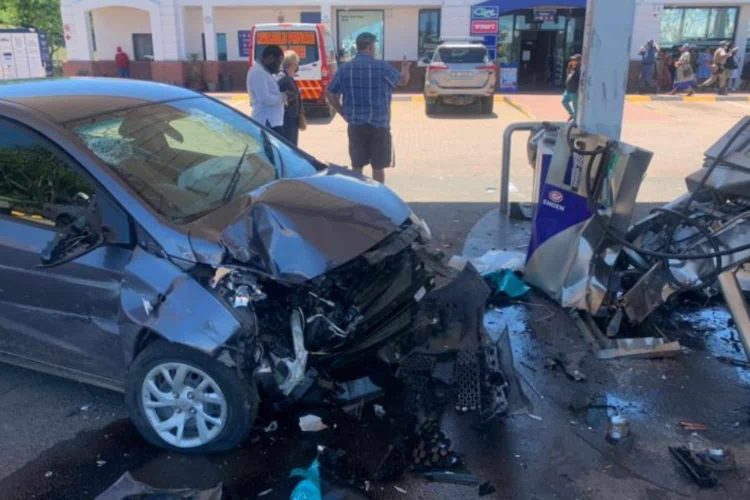 Those who might have been at the Engen One Stop petrol station on the N2 highway between eSikhaleni and Empangeni in KwaZulu-Natal were met with a shocking crash.

Zululand Observer reported that a car drove into the petrol station’s forecourt at a high speed. And, as can be seen on the video footage, the car rammed into a bakkie before bouncing into another vehicle. And thankfully the car very narrowly missed a large petrol tanker that was parked nearby.

A petrol pump was destroyed in the accident and, luckily, no deaths have been reported. However, three people were injured during the crash. And they were all taken to Ngwelezana Hospital via private ambulance.

Emergency services, including the City of uMhlathuze Fire and Rescue, arrived on the scene and was relieved to find that the scene could have been a lot worse, considering the location of such an impact.