MPs will vote for a new National Assembly Speaker with Nosiviwe Mapisa-Nqakula tipped as favourite to replace Thandi Modise. 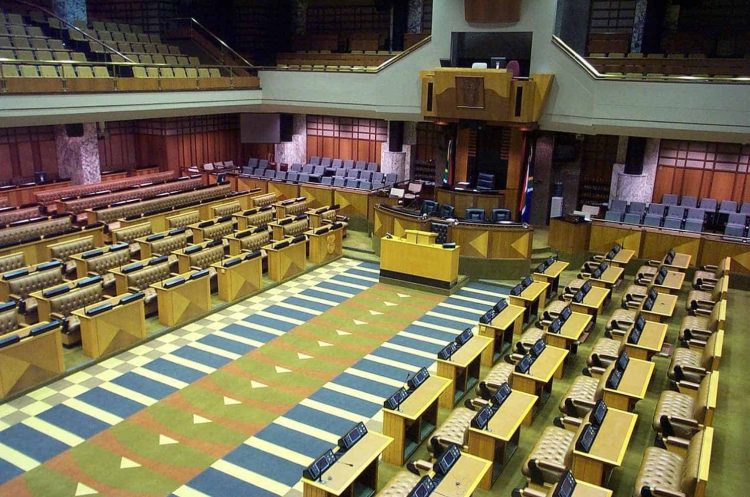 On Thursday, Parliament will undergo a voting process to elect a new National Assembly Speaker.

This ad-hoc election, Parliament explained, is in accordance with Section 52 (2) of the Constitution. Acting Chief Justice Raymond Zondo has already given the procedure the green light and elected Judge President John Hlophe to preside over this special sitting.

Members are expected to be seated inside the National Assembly Chamber by 10:30 in anticipation for the bell ring which should go off five minutes before nominations of candidates are called for at 11:00.

The live stream of the election can be watched right here:

EFF pulls out of voting process

In a statement released on Wednesday, the Economic Freedom Fighters (EFF) noted that the party would not participate in “rubber stamping Mr Cyril Ramaphosa’s violation of separation of powers.”

“When he was announcing changes into the National Executive. Ramaphosa said the deployment of former Defence Minister Nosiviwe Mapisa-Nqakula will be announced in due course. What this means is that Mr Ramaphosa singlehandedly removed the elected Speaker of Parliament Thandi Modise and replaced her with former minister of Defence. For a head of the executive to chop and change Speaker of Parliament as and when he wishes undermines the spirit of South Africa’s constitutional democracy,” the Red Berets exclaimed.

The EFF confirmed that it will consult its legal representatives “:to establish whether it is conditionally permissible for a head of state and government to hire and fire the head of another important division of the State.”

Mimicking Carl Niehaus’ ‘dictator’ comments, the Red Berets accused the president of deploying his ‘lawyer friends’ to preside over constitutional matters as judges, in this case, referencing Zondo and Judge Hlophe’s involvement in the National Assembly Speaker election.

“We as the EFF will not be part of undermining South Africa’s democratic order and will do everything in our power to fight against Ramaphosa’s emerging despotic order,” the party wrote.