A huge commotion took place outside the Union Buildings in Pretoria when the Khoisan King was arrested for growing and dealing in cannabis. 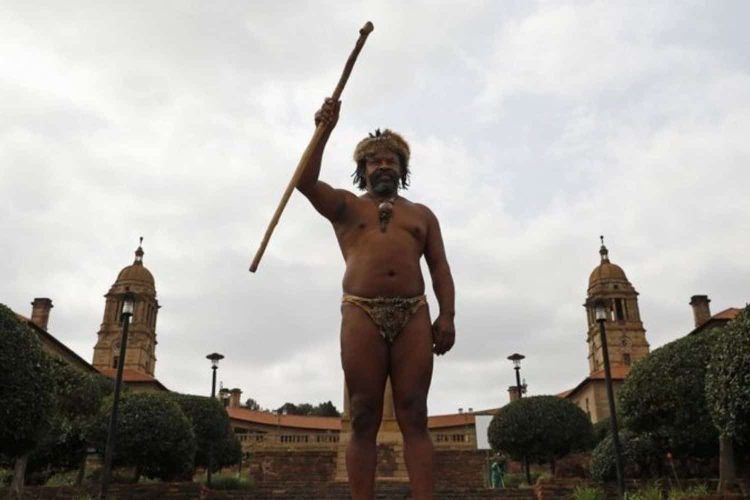 On Wednesday, the South African Police Service (SAPS) and members of the Tshwane Metro Police Department arrested King Khoisan for dealing in drugs and the illegal cultivation of dagga.

This is after the activist group has been protesting and living outside the Union Buildings in Pretoria for more than three years.

King Khoisan has been leading the “live-in protest” and is one of the three that has been arrested. The members of the group, dressed in traditional loincloths and headpieces, tried fighting the police off, but in the end, the plants were removed.

And while the police were dragging the cannabis plant out of the garden, King Khoisan was clinging to the plant and being dragged along with it.

“Police… you have declared war,” he shouted. “We have been here peacefully. We are coming for you!”

During the raid, another activist yelled in Afrikaans at the police, asking them: “For plants? For plants? You are rubbish people in uniforms.”

The Khoisan activist group first started protesting in 2018 when they began a campaign for the official recognition of indigenous languages. Since then they have set up tarpaulin tents and even started their own vegetable garden – this is where the cannabis plants were discovered.