Eastern Cape braces itself for another storm

As communities are still recovering from the previous storm, the SAWS predicts severe thunderstorms to hit several parts of the Eastern Cape. 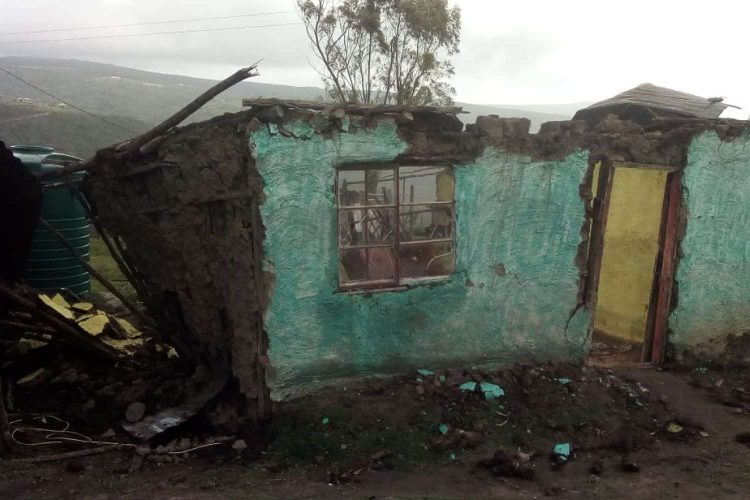 Eastern Cape braces itself for another storm. Image: Twitter @FaizelPatel143

In the past four days, bad weather has claimed the lives of six people and destroyed several properties. And with scarcely enough time to process the storm of last week, citizens of the Eastern Cape are once again told to brace themselves.

Eastern Cape areas that will be affected include:

Many families are left homeless after last week’s storm

On Monday, the Eastern Cape Premier, Oscar Mabuyane, paid a visit to some of the communities that have been affected by the recent storms. And according to the Office of the Premier (OTP), Mabuyane also conveyed his condolences to families who lost members.

On 9 December, the weather “wreaked havoc”, leaving 19 people injured after houses collapsed on them. And the OTP revealed that a preliminary assessment of the damage showed that three areas in King Sabata Dalindyebo Local Municipality have “sustained severe damage to houses”.

Furthermore, in King Sabata Dalindyebo LM, 77 families are left homeless, 15 partially homeless and four destitute. And sadly, many livestock such as sheep, goats and chickens were also killed during the storm.

“The OR Tambo District Municipality, which is leading a multi-disciplinary coordinated effort to assist the affected households, has appealed for donations of food and temporary shelter structures as an urgent intervention for those that have been affected,” the office said.