Advocate Billy Downer could lose it all if found guilty of the two counts of misconduct levelled against him by Jacob Zuma. 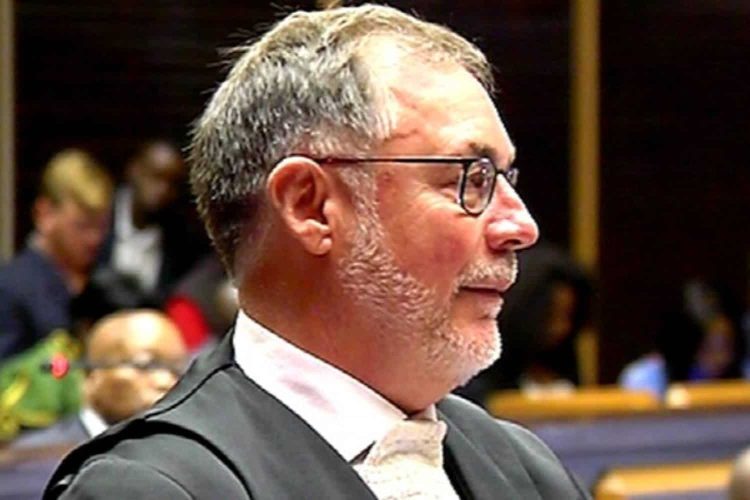 In an ironic twist of fate, Advocate William John ‘Billy’ Downer SC, the seasoned state prosecutor credited for the conviction of Schabir Shaik, has become the accused.

Why is Jacob Zuma pressing charges?

On Thursday, former president Jacob Zuma, whose release from Estcourt prison, on medical parole, was deemed urgent due to his flailing health, found the strength and will to head to the Pietermaritzburg police station where he filed criminal charges against Adv. Downer.

Zuma and his handlers believe Downer has been leaking the former president’s medical records to the media. In the charge sheet seen by Times Live, Zuma claims the senior state prosecutor allegedly “handed a medical report involving me in an affidavit leaked to a journalist, Karyn Maughan.”

“Advocate Downer authorised the leaking of sensitive and private information obtained in the course and scope of his employment in breach of the aforementioned provision of the NPA Act punishable by a severe sentence,” the former president wrote.

The Act also prohibits prosecutors from disclosing records of “any evidence given at an investigation.”

The former president also alleged that in August 2021, the prosecutor authorised the release of a confidential medical report to News24 journalist Maughan.

“The report had been initially disclosed in an affidavit signed by Advocate Downer himself on behalf of the National Prosecuting Authority in relation to a then-pending application for the postponement of the criminal trial of Mr Jacob Gedleyihlekisa Zuma… The leaking of this medical report and information was done without the written permission of the National Director of Public Prosecution and therefore constituted a criminal violation of section 41 of the NPA Act,” the former president asserted.

The NPA has since taken note of Zuma’s charge and confirmed that from an internal basis, the director of public prosecutions in KwaZulu-Natal (KZN) would be dealing with the matter.

Coincidentally, Zuma’s accusations will be subject to judicial determination by the Pietermaritzburg High Court when it delivers its verdict 26 October 2021.

Everything we know about Billy Downer

Downer’s entire reputation as a state prosecutor hangs on the line. If found guilty, the 64-year-old could face serious sanctions from the NPA, including a possible jail term.

The weeks to follow will, perhaps, be the most crucial for the prosecutor. However, the NPA has fully stood behind Downer as a man of honour.

“Adv Downer SC is a highly respected prosecutor who has carried himself with integrity throughout his career in the NPA. His reputation speaks for itself. All NPA prosecutors are required to act without fear and favour and should feel confident to deliver on their mandates without fear of intimidation,” NPA spokesperson Advocate Mthunzi Mhaga said.

Downer is a Pretoria native, born in 1956. According to a biography listed on People Pill, the state prosecutor attended Pretoria Boys High School and graduated in law at Stellenbosch University in 1979.

Downer also holds a Bachelor of Civil Law (BCL) degree obtained from the University of Oxford’s Brasenose College. The 64-year-old has been a state prosecutor since 1982, when the NPA was still operating under the umbrella of the Department of Justice.

The seasoned advocate resides in Cape Town with his partner William De Villiers. Downer has yet to issue a response to the allegations levelled against him by the former president.