The African Reclaimers Organisation (ARO) have won a 2021 Living Planet Award for the important role they play in recycling waste. 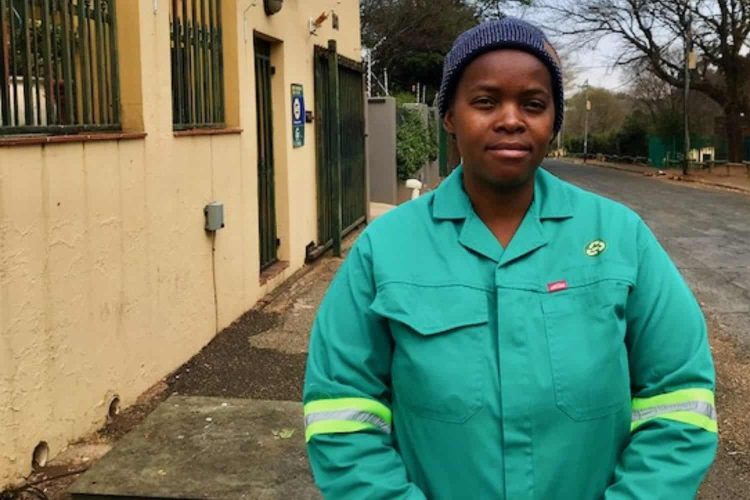 The World Wildlife Fund has awarded the African Reclaimers Organisation for their work in recycling and their exceptional contribution to “[inspiring] people to live in harmony with nature”. The ARO hopes that the award will help the public see the importance of the role that reclaimers play as well as earn them much-needed support from the city waste management system.

“The African Reclaimers Organisation (ARO) are worthy winners of our first organisational award,” the World Wildlife Fund (WWF) said when it announced in August that the organisation had won a 2021 Living Planet Award for Organisations.

The award is made to “exceptional South Africans who, through their catalytic contribution, inspire people to live in harmony with nature,” the WWF said in a statement.

The award comes at a time when reclaimers are battling to be included in the City of Johannesburg’s waste management system, says Luyanda Hlatshwayo, an organiser with ARO.

“Informal reclaimers are often stigmatised in our society – yet they perform an essential role when it comes to recycling. We applaud ARO’s efforts to advance their cause for recognition and dignity for those who are among the most vulnerable players in our waste sector,” said Morné du Plessis, chief executive officer of WWF South Africa.

Hlatshwayo said he hopes that receiving the award will change public perception and understanding of who reclaimers are and the work that they do. Reclaimers perform a vital function in recycling and should be compensated as “environmental workers”, he said.

Formed in 2017, ARO represents a number of Johannesburg street and landfill waste pickers (reclaimers) who have been fighting for City support and integration. There are roughly 5,500 informal reclaimers in Johannesburg who are part of ARO. ARO establishes “partnerships” between residents and reclaimers, in which the residents separate their waste from any recyclable materials which are collected by reclaimers. A pilot project started in Brixton and Auckland Park and expanded to include areas such as Bordeaux South.

“We are about to start engaging with resident associations in Melville and Westdene,” said Hlatshwayo. “We have also expanded our reclaimer-resident partnerships into Duxberry and Carlswald Estate by providing a collections service.”

According to Angela Schaefer, a member of the Bordeaux South Residents’ Association (BSRA), over 65% of member households are now recycling due to the pilot project.

Schaefer said, “The project has made it really easy to recycle. Most residents know to put their recyclables in a separate bag and to leave it out for reclaimers to collect Tuesdays.”

Johanna Mabe, a reclaimer with ARO, said she gets more money thanks to the 50c per kilogram of recyclable material top-up fee paid to reclaimers in addition to the money received at buy-back centres.

“ARO has also helped improve the way people treat us. Often people used to see us as dirty and struggling and they didn’t understand the work that we were doing,” she said.

Paula Vilakazi, a reclaimer and ARO administrator, said, “The pilot also helps the reclaimers to work faster because when recyclable items are separated from general waste, we spend less time looking through bins.”

Vilakazi said being able to work faster lessens the pressure on reclaimers to “beat the Pikitup trucks”.

Earlier this year, ARO submitted a petition to the City, based on concerns about the impact the City’s expansion of separation-at-source recycling would have on the livelihoods of reclaimers.

The City later decided to withdraw its proposed R50 per household levy and suspended plans to expand the recycling programme. It said this was based on feedback from residents who opposed the levy.

According to Hlatshwayo, at a meeting with the City, it was resolved that a Reclaimer Integration Task Team would be formed with the City, Pikitup, ARO and other stakeholders. However, Hlatshwayo said when it received the Terms of Reference, ARO was not satisfied with the City’s approach. ARO felt it contradicted the National Waste Management Act, which has already provided the government with principles to follow when integrating reclaimers.

The Act, gazetted on 28 January, states that all metros in the country should have reclaimer integration programmes by the end of 2021.

Hlatshwayo said ARO stated its concerns at a meeting of the task team on 25 August and is now waiting for a response.

He said the process is taking much longer than expected. “We hope that we can move past the bureaucracy quickly and focus on the issue at hand, which is the integration of reclaimers,” he said.

Pikitup had not responded to questions sent by GroundUp about the integration of reclaimers into the City’s waste management plans. The response will be added to the article, once received.