The SIU has enough forensic evidence to call for the arrest of the former minister. 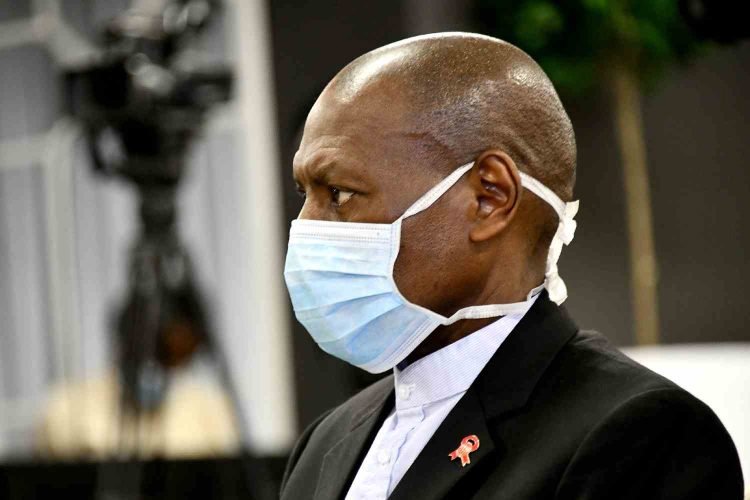 Disgraced former health minister Dr Zweli Mkhize could be criminally prosecuted for his alleged role in the looting of the National Department of Health (NDOH) by Digital Vibes.

On Wednesday, President Cyril Ramaphosa, once an admirer of Mkhize, authorised the release of the Special Investigating Unit’s (SIU) report into the conduct of key figures in the NDOH and the marketing company, owned by close associates of the former minister.

The 114-page document detailed the grotesque scale of corruption that took place under Mkhize’s watch. It was determined that Digital Vibes’ service level agreement with the NDOH was irregularly obtained and contracts for the National Health Insurance (NHI) media campaign, as well as the department’s COVID-19 awareness drive, were void.

Moreover, the SIU called for criminal charges to be laid against executives of the marketing company, Tahera Mather, Radha Hariram and Naadhira Mitha.

This relates to multiple cases of financial misconduct and fraud, where evidence shows that numerous attempts were made by the trio to circumvent normal procurement processes to score multi-million-rand contracts from the health department.

“Ms Mather and Ms Mitha committed fraud in that they held out to the NDOH that Digital Vibes was tendering for the NHI media campaign contract, whereas in fact, Ms Mather and Ms Mitha used Digital Vibes as a front in order to hide the fact that they were tendering for the contract and “disguised” this, due to the fact that they were close associates of the Minister of Health (Dr Z Mkhize), who was the Executive Authority of the NDOH, which was awarding the NHI media campaign contract,” the report revealed.

Here’s why Zweli Mkhize could be prosecuted

Mkhize, in early August, had stepped down from his position, citing in a letter to Ramaphosa, that this was the right course of action as his name had been muddied with controversy.

The former minister has vehemently denied all allegations levelled against him, vowing to challenge the final report in court.

However, according to the SIU, the former minister was very much involved in the movement of millions funnelled to Digital Vibes, a company owned by longtime associates of the 65-year-old.

According to evidence listed in the report:

“A Cabinet Memorandum dated 13 June 2019 (the Minister formed part of the Cabinet at that stage) indicated that the GCIS would be responsible for the rollout of the NHI communication strategy (NHI media campaign).

“In the circumstances, it is astonishing that the Minister thereafter, contrary to the Cabinet Memorandum, allowed Digital Vibes to be appointed by the NDOH in respect of the NHI media campaign. In fact, it can be argued that the Minister deliberately ignored a Cabinet decision (of which he formed part of) in this regard,” the SIU wrote.

At this time, the National Prosecuting Authority (NPA) has not indicated whether it will go ahead with criminal charges against Digital Vibes owners and Mkhize.

The SIU, at this juncture, is in the process of seizing more than R22 million of the company’s funds.