Bafana Bafana assembled in camp on Monday in Johannesburg as they prepare to host two friendlies later this month. 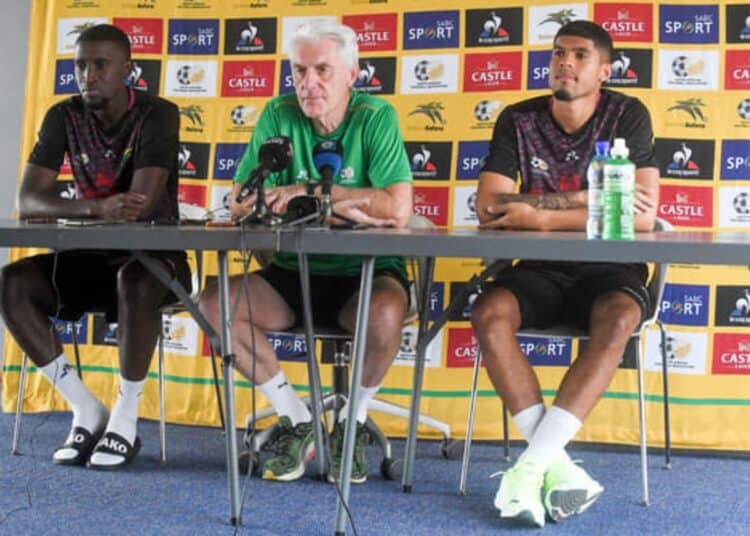 Bafana Bafana will lock horns with Sierra Leone and Botswana in international friendlies on 24 September and 27 September in Johannesburg at FNB Stadium.

The squad that was announced by coach Hugo Broos met on Monday while Khanyiso Mayo was the only one missing because he was still with his team Cape Town City out of the country for CAF Champions League game, and he then joined the national team on Tuesday.

Siyanda Xulu who is the vice-captain, said: “The past is behind us and we fight now for a place in the Africa Cup of Nations (AFCON). This is all that matters and we test our might against Sierra Leone and Botswana.”

Meanwhile, the new face in the team Luke Le Roux, expressed his delight after getting first call-up: “This is all I have dreamed of and lived for. This is my dream coming true and I’ll give it my all on game day if I’m given the chance.”