We are dreaming of wining the title, that's obvious, but we have to go step by step. 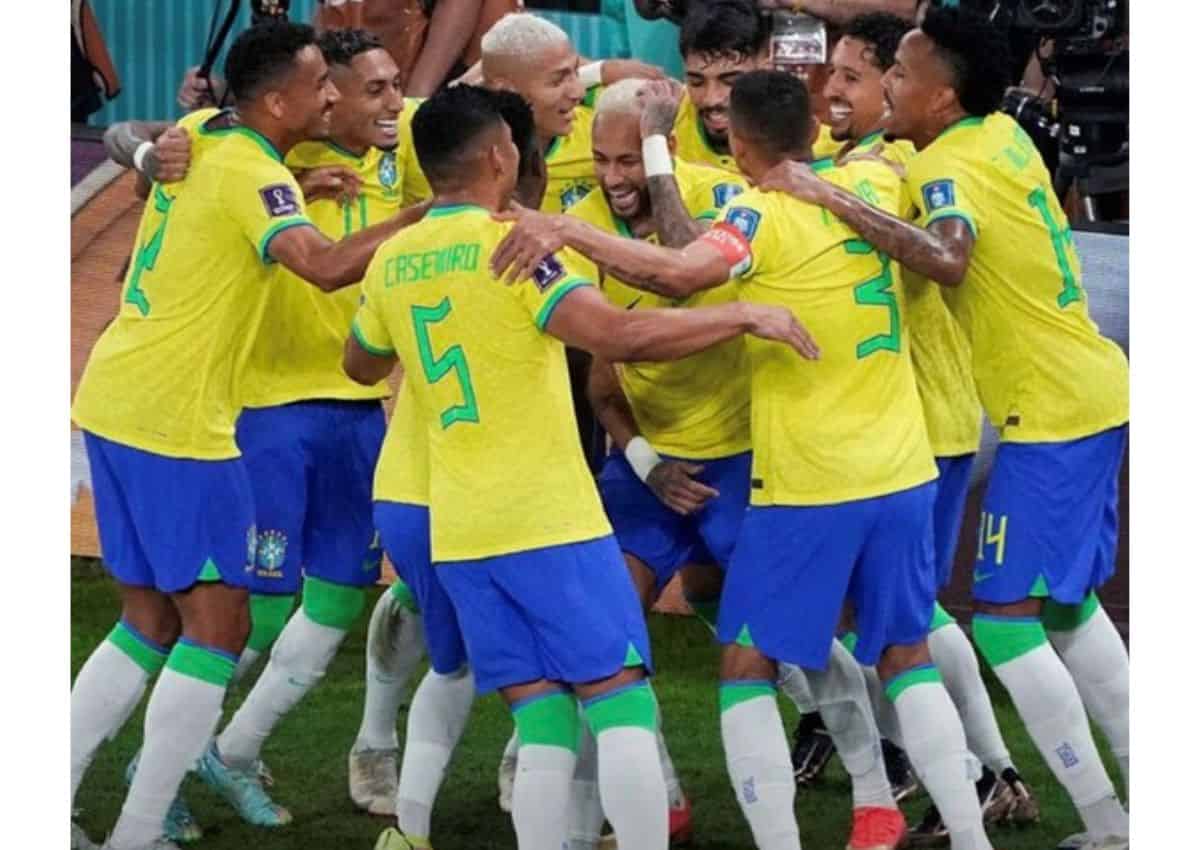 Brazilian players celebrate with Neymar after he scored from a penalty spot kick. Photo via Twitter: @nytimes

Brazil hit top gear with Neymar back in the line-up to crush South Korea 4-1 on Monday and ease into the quarter finals of the World Cup where they will face off with Croatia.

The Selecao are chasing a first World Cup trophy since Ronaldo, Rivaldo and Ronaldinho swept to glory in 2002 and their first-half display at Stadium 974 was worthy of being part of that lineage.

Neymar had been sidelined for two matches with a sprained ankle but with the world’s most expensive player restored to their squad, Brazil’s yellow shirts pushed forward at Stadium 947.

Vinicius Junior opened the scoring inside seven minutes before Neymar added another from the penalty spot to move to 76 goals for his country, leaving him just one goal away from equalling Pele’s all-time record tally.

Pele watched the match from his hospital bed in Sau Paulo where the 82-year-old was admitted last week Tuesday amid ongoing treatment for colon cancer.

Richarlison’s brilliant goal made it 3-0 and Lucas Paqueta added another before half-time to leave South Korea shell-shocked. The Brazilian players celebrated with dance moves as they went into half-time.

Paik Seung-ho scored a consolation goal for the Koreans when the Brazilians began to relax and took their foot off the pedal, but the goal did not shake the Brazilians as they were already focusing on their next match on Friday against the 2018 runners up Croatia.

This was the first time Brazil had scored four goals in a knockout game at the tournament since 1998.

“We are dreaming of winning the title, that’s obvious, but we have to go step by step,” Neymar said.

He admitted that at one point he feared he would not play again in the tournament after he suffered an ankle injury against Serbia.

“When I got injured I spent a very difficult night. I was thinking of a million different things.”

Brazil face Croatia in the quarter-final of the World Cup in Qatar.