Bruno Fernandes raring to go in the next season

Bruno Fernandes looks ready for the upcoming season of 2022/23 as he's been on the rest for quite some time. 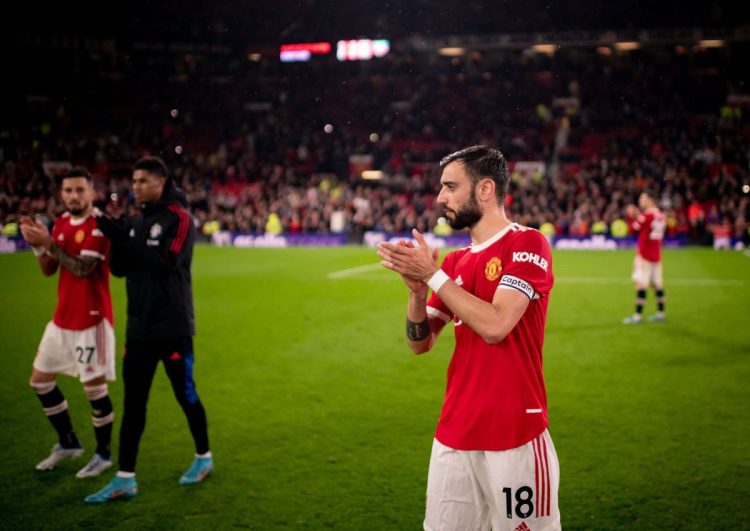 Many of Manchester United’s players returned to Carrington on Monday, when they met new manager Erik ten Hag for the first time.

But not everyone was present for the first day of pre-season, because those involved in international fixtures through late May and early June have been given a later return date.

Among that number is Bruno Fernandes, who made four Nations League appearances for Portugal following the close of United’s 2021/22 season.

READ ALSO: “We will not underestimate Wales” – Boks assistant coach

Interestingly, Fernandes is also set for his very first pre-season tour with the Reds, two-and-a-half years after he joined from Sporting Club in January 2020.

The player quickly became the creative lynchpin of United’s team after signing, but is yet to take part in a full pre-season tour due to the restrictions imposed for the Covid-19 pandemic in 2020 and 2021.

In April this year, the Portuguese agreed a new contract which will keep him at Old Trafford until at least June 2026, with the option to extend for a further year.

Despite a challenging 2021/22 season, he still scored 10 goals and produced 14 assists in all competitions, and finished as the leading assist-maker in the UEFA Champions League, even though the Reds exited at the last-16 stage.

A two-time Sir Matt Busby Player of the Year, Fernandes has contributed a remarkable 50 goals in just 126 games since signing.

And his decision to extend his stay at Old Trafford shows his determination to lead a United revival under the new manager.

“I believe that the club will be back at the place it deserves to be, that’s why I signed a new deal,” Bruno told us earlier this year.

“For me, I had long talks with the club, not about the contract but about the future of the club, because I want to be part of that if I stay.