Kane got off the mark on Sunday after he managed to get his first goal at the tournament against Senegal. 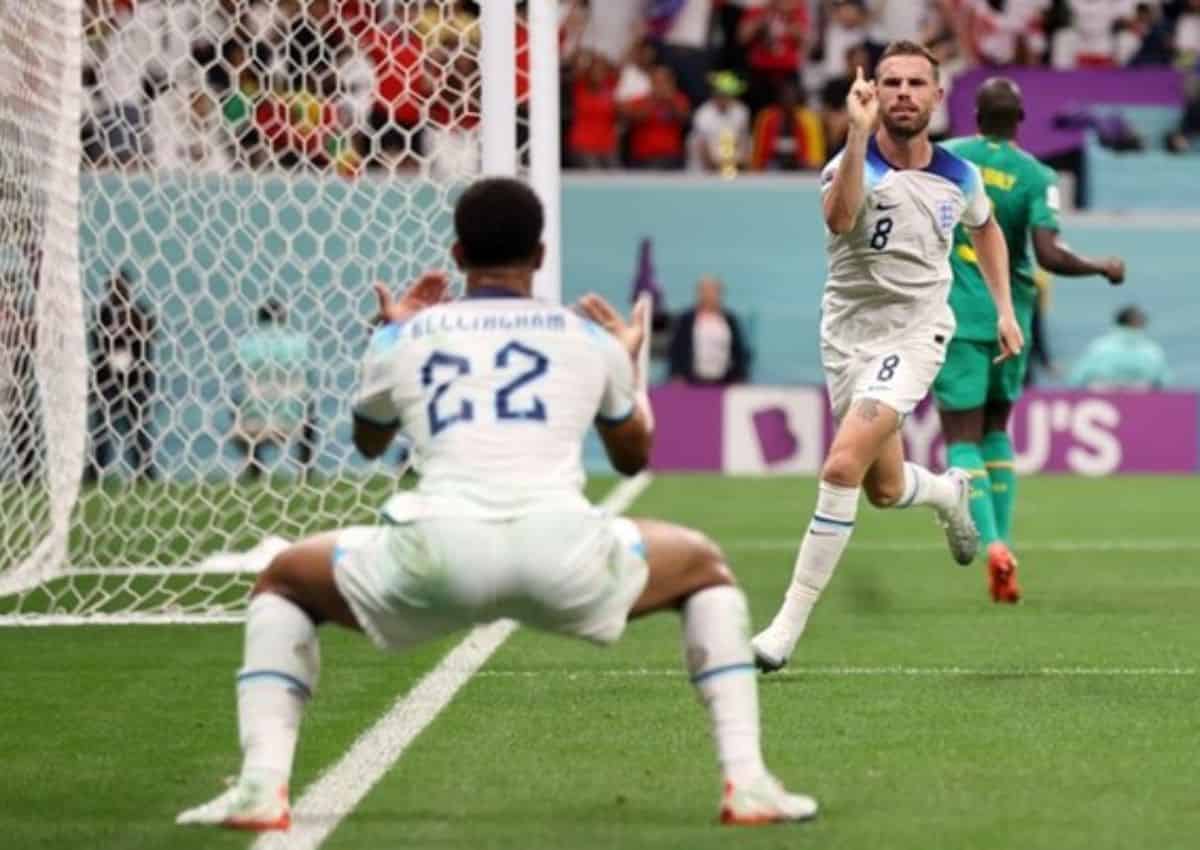 Jordan Henderson and Rashford celebrate after scoring against Senegal. Photo via Twitter: @England

Ruthless England cruised past African champions Senegal to set up a quarter final match with the defending World champions France at the World Cup in Qatar.

Senegal started the game well and had the better of the first half an hour, creating a couple of good opportunities and limiting England to very little in attack.

In the 31st minute Senegal had a golden opportunity to lead, Boulaye Dia received the ball inside the box and smashed the ball on target but Jordan Pickford pulled off a superb save from close range to deny him. It was an excellent save and from that moment on England look like they had finally woken up.

Just seven minutes after that Pickford save, England were ahead. Gareth Southgate’s side made Senegal pay with a superb sweeping move, Harry Kane slipped in Jude Bellingham who had made a brilliant forward run, the Borussia Dortmund player then hooked the ball across for Jordan Henderson who was on hand to finish empathetically from close range.

Just five minutes after scoring, England were now in total control of the game. Bellingham stormed through the midfield with the ball before finding Phil Foden on the left, Fodon the played the ball to Kane with his first touch and he scored to grab his first goal in the 2022 World Cup.

England then made it 3-0 on the 57th minute, Foden played a superb ball into Bukayo Saka who lifted the ball over Edouard Mendy to score his third goal in the tournament.

Kane got off the mark on Sunday after he managed to get his first goal at the tournament against Senegal to book a place against France in the quarter-finals.

“I was waiting patiently to try to score and thankfully that was today,” said Kane who was the leading goal scorer at the last World Cup.

“I feel good and hopefully this can start a good run for me personally because I know that will help the team as well.”