Euro 2020: penalty shootouts can be won or lost on a coin toss

Euro 2020 is about to get serious. After two weeks of group matches, the knockout phase of the tournament means every game is win or lose.

by The Conversation Africa
in Soccer - Football, Sport 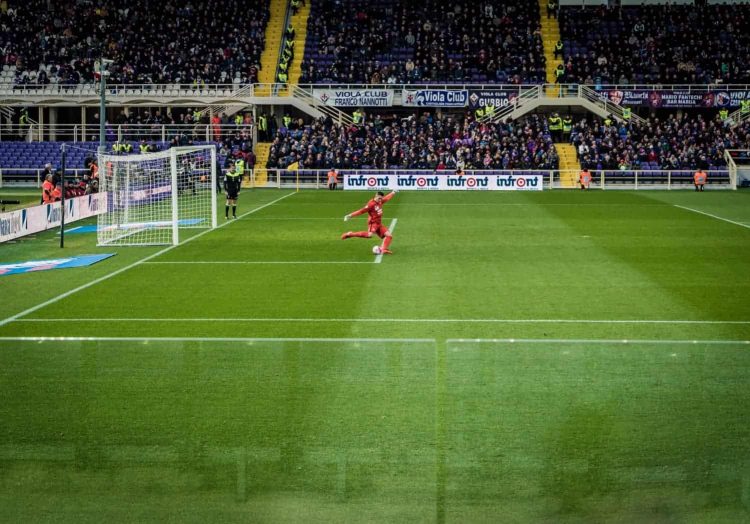 Photo by Karsten Winegeart on Unsplash

Euro 2020 is about to get serious. After two weeks of group matches, the knockout phase of the tournament means every game is win or lose. The stakes are high, the players are tense – and for some teams, a place in the next round may well depend on the outcome of a penalty shootout.

These game deciders, held if neither team is ahead after 90 minutes of normal time, and a 30-minute spell of extra time, are notoriously nervy affairs. They are feared, practised, enjoyed by some fans, dreaded by others, and can make for a brutal or ecstatic match finale.

When it comes to how best to approach shootouts – and analyse them afterwards – one key question centres on who goes first. Does the team that takes the first penalty gain an advantage?

It seems like a plausible and appealing theory that fits with the simplicity of the shootout itself – a straightforward contest in which the two teams take turns to score from a fixed point 11 metres from the goal line.

The outcome of each move is unambiguous – it is either a goal or not a goal – and after each attempt, it is clear which team is in the lead. Given that about 75% of all penalties are ultimately converted as goals, the order of moves may therefore matter, as it has an influence on the interim scores. Lagging behind may put so much pressure on players that they start choking.

Many seem to take this view, but our recent research indicates that the idea, commonly referred to as “first-mover advantage”, is actually something of a myth.

Yet it is a myth that has inspired a fair amount of research over the years and has supporters on both sides. One study reported that taking the first penalty increased a team’s chances of winning significantly, while subsequent investigations found no such effect.

In other sports too, conclusions about first-mover advantage remain mixed. In hockey, for example, it has been claimed that taking the first shot in a shootout does not yield a significant benefit. In cricket, it seems that batting first can even have a negative effect on the game’s outcome.

So what other factors might come in to play? In our recent study, we asked whether it is the right to determine the sequence of moves in a penalty shootout rather than the actual sequence of moves that matters.

To answer this question, we analysed 207 penalty shootouts in 14 international football tournaments between July 2003 and August 2017, including the Fifa World Cup (ten shootouts), the Uefa European Championship (nine), the Uefa Champions League (30), and the Uefa Europa League (68).

Before every shootout we examined, both team captains would bet on the outcome of the referee’s coin toss. The winning captain could then choose whether to go first or second. In theory, going second could be a strategic choice if the goalkeeper is considered to be better than the other team’s, and more likely to make a save.

By accessing official video footage, we were able to determine which captain won the coin toss and what decision he made for 96 penalty shootouts. https://www.youtube.com/embed/Q0YhfHOTY7w?wmode=transparent&start=0

Surprisingly perhaps, it turned out that choosing to go first is not a decidedly dominant option. We observed that only about 56% of all captains decided to kick first, while the remaining 44% sent their keeper into the goal first, hoping for an early save, perhaps believing in a “second-mover advantage”. For instance, during the last Uefa European Championship in France in 2016, the decision to kick second was made in all three shootouts.

We also found that the team whose captain won the coin toss went on to win roughly 60% of the subsequent shootouts. This is significantly better than the 50% chance you might expect if the captains’ decisions made no difference.

Also, in common with most previous research, we saw no advantage in being the first team to take a penalty, with the winning frequency of first kicking teams only about 51% in these international football competitions. So the order of penalties does not matter – but the right to determine the sequence does.

This may be due to coin toss winning captains being able to assess the relative strengths of the two sides’ goalkeepers and kickers, and then deciding on the most favourable sequence.

So if shootouts become a feature of Euro 2020 – and future tournaments – keep an eye out for that coin toss. The fate of both sides could depend on it.