As the Grand Prix is coming closer to its final race, Alfa Romeo takes a look at it's past races and what lies ahead. 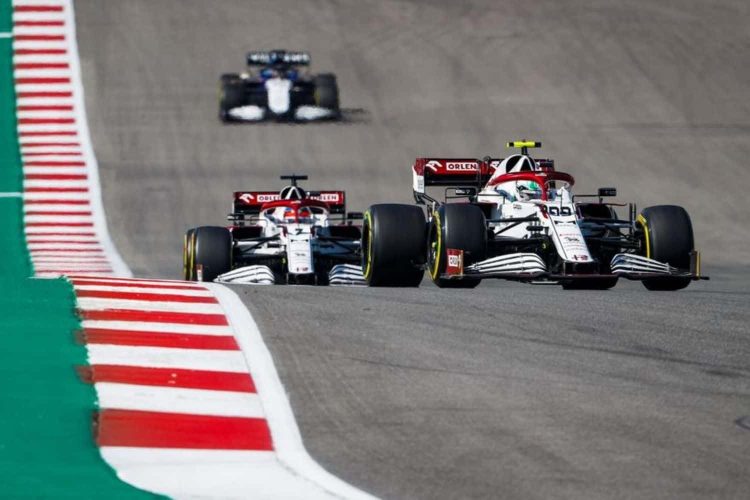 After the United States Grand Prix race in Austin, Texas, Alfa Romeo Racing ORLEN were so close to a deserved point. Members of the racing team, Antionio Giovinazzi and Kimi Räikkönen finished in 11th and 13th place.

For the second race in a row, the Alfa Romeo team missed out by the smallest of margins on the reward for their efforts in, what can be described as a “gutsy, attacking” race.

Starting in P12 and P15, both Antonio and Kimi started off strong and settled in 11th and 12th as the race progressed through the drivers’ first stretch of the race.

After a clash with Fernando Alonso, Kimi was nursing some damage. And as the race came closer to the end, Kimi deservedly rose to P10 and was defending from Sebastian Vettel when a spin in the “esses” section brought his resistance to an end. This left him to close the race 13th.

“The car felt really good, especially in the first part of the race, and we were able to fight in the top ten. Unfortunately, at the start of the second stint, I had a clash with Alonso and I got some floor damage: it didn’t really affect the balance of the car, but we seemed to run out of tyres a lot quicker afterwards. By the end of the race, I didn’t really have many rears left just as I tried to push hard to stay ahead of Sebastian [Vettel]. It is a shame not to bring home any point today: we always seem to be there or thereabout but it wasn’t to be this time.”

This is the last Formula 1 for Kimi Räikkönen as the 42-year-old driver is retiring after 20 years in the industry. And Valtteri Bottas, who is currently driving with Lewis Hamilton for Mercedes, has signed up to join the Alfa Romeo team next year.

The Alfa Romeo team focuses on the positives to come

Despite the setback for the Alfa Romeo team, there are plenty of positives to build on as we enter the final stretch of the championship.

“The team would have deserved at least a point after a good race, and it’s obviously disappointing to see it slip from our hands so close to the chequered flag. We fought from lights to the line in the top ten or just outside it and this is very encouraging, even though in the end we have nothing to show it: we’ve been in this fight in the last few races and there is no reason to think we shouldn’t be there until the end of the season. Hopefully, we will be able to convert some of these changes into points as the pace is there to do a good job.”