The 2021 Cape Town Cycle Tour ended on a high note for riders Nolan Hoffman and Kim Le Court De Billot, as they take the championship titles. 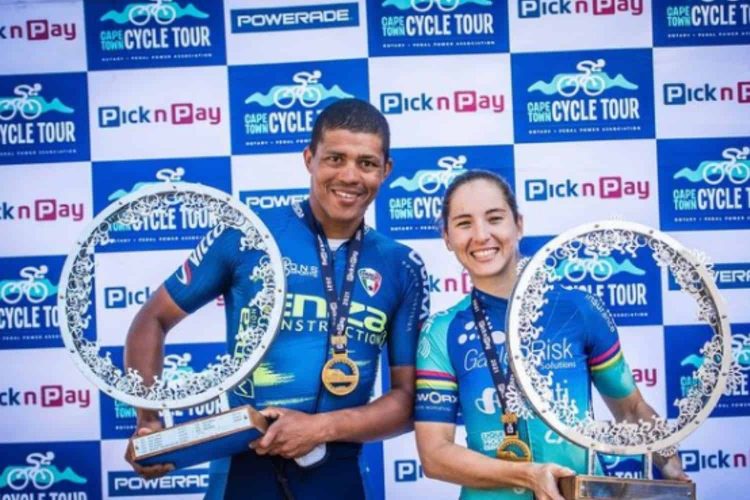 The annual Cape Town Cycle Tour took place over the weekend on Sunday, 10 October. And this marked the 43rd edition of the Cycle Tour.

Nolan Hoffman won his fourth title on Sunday, which makes him the second most successful men’s rider in the cycle tour. He claimed the championship by finishing the tour in 2 hours, 37 minutes, 12 seconds.

“This is definitely the title that means the most. It has been a tough time for my family over the last 18 months and we have lost family members to Covid. I am just blessed to be healthy and be able to win,” Hoffman said.

Kim Le Court De Billot, who also won the cycle tour in 2018, took the title in the women’s race. The proud cyclist finished the cycle tour with a time of 2 hours, 13 minutes, 37 seconds.

“I felt confident on the climbs, felt I was in the right place and my legs were good,” Le Court de Billot. “I tried to save my legs for the sprint because I had confidence in that. I’m just glad I could pull it off for my team.”