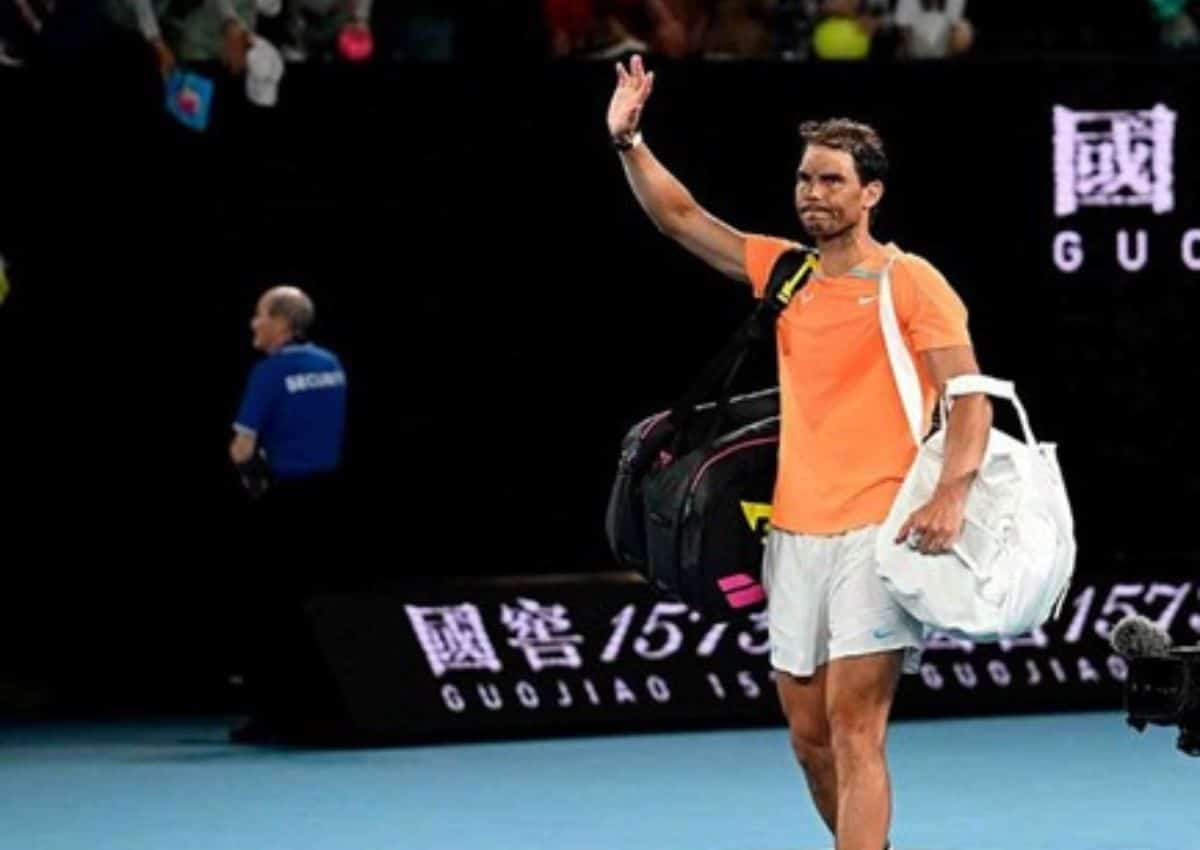 Rafael Nadal waves at his supporters as he leaves Melbourne. Photo via Twitter: @ATPTour_ES

Defending champion Rafa Nadal crashed out of the Australian Open in round two to 65th ranked American Mackenzie McDonald in the tournament’s major upset so far.

The top seed waved a lingering farewell to the Rod Laver Arena after is latest Australian Open ended with an injury-induced straight sets defeat.

The defending champion’s wife, Xisca, was in tears after he appeared to jar himself around the left hip area late in the second set for his second round match against McDonald.

He went off the court for a treatment break but carried on, only to lose 6-4 6-4 7-5 to the former collegiate star from California.

It was a hugely sad way for Nadal to exit the tournament a year after his near miraculous run to the title when he feared his career may have been over because of a chronic foot problem, and there must be serious doubt over whether he will play again at Melbourne Park.

“It was pretty tough to stay mentally engaged but I found a way to just pull it out,” said McDonald.

“He’s an incredible champion, he’s never going to give up regardless of the situation. I was trying to stay focused on what I was trying to do and he kind of got me out of my rhythm, and I just got through it.”

The defeat opens the doors for arch-rival Novak Djokovic to draw equal with Nadal’s record 22 Grand Slam wins. The Serb is back at Melbourne after missing last year’s tournament when he was deported.

The last time Nadal fell so early at a Grand Slam was at the Australian Open in 2016, when he departed in the first round.

Polo Vivo, Polo and T-Cross are Volkswagen’s most popular vehicles in South Africa