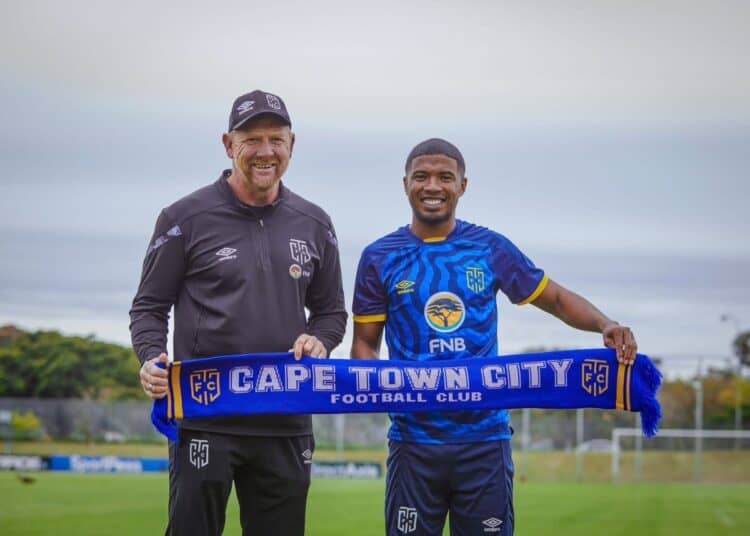 Lakay has been a long-time regular in the left-back position at Sundowns, hence his exit came as a surprise to many.

The 31-year-old joined Masandawana in 2018 during Pitso Mosimane’s era and was converted from left-winger to the left-back.

Now, Lakay has revealed that he was shocked as everyone when he was let know about the move.

“It’s very good to be back home in Cape Town, it’s a good feeling,” Lakay said in an interview with SAFMSportOn on SA FM.

“I’m not a stranger to the team, I know the culture of this team, they’re ambitious and are in the Champions League and I want to help them with my experience.

“Everybody says this move came as a surprise. It was a shock to me too. One minute I was in JHB and then I was told the next day I must get ready to go to Cape Town. It wasn’t my decision at all and City was the club I was told I’m going to.

“There were no other options offered. I would have liked to stay and fight for my place. I did so when Aubrey came, Ngobeni and others but like I said it wasn’t my decision. Maybe things were made easier by the fact that I’m returning to a former club and I’ve made peace with it.

“I also want to be clear that this move wasn’t part of the deal with Mashego.

“If it was the case, it would have been announced at the same time. But this move came days after that announcement of Mashego. So the moves are not linked.

“To be honest I didn’t really speak to the coaches. Coach Rulani was the only one I spoke to but there was no real reason. He just said the club is moving in another direction and that was it. So like I said, it wasn’t my decision.

“Obviously I didn’t play as much was I would have liked this season but lets also give credit to Aubrey.. First game I played was MTN8 against Super Sport United, then the league game and that’s where I made a mistake. I gave the ball away for the first goal and then I wasn’t in the team.”

Wednesday’s Lotto and Lotto Plus Result for 28 September 2022