Joleon Lescott hailed Manchester City’s consistency after Pep Guardiola’s side were crowned champions of England for a fourth time in five seasons. 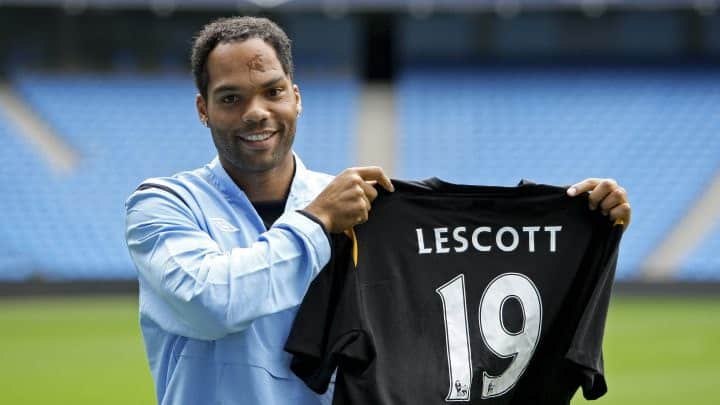 A dramatic 3-2 victory over Aston Villa saw City claim an eighth league title at the Etihad Stadium, where Ilkay Gundogan came off the bench to net a brace which secured the three points needed to lift the Premier League trophy.

It means City have now won 11 trophies under Guardiola and Lescott, who won the title twice during his time at the Club, says the significance of City’s success under the Catalan should not be forgotten.

“Four in five [seasons] is a great achievement,” he said on the final Matchday Live of the 2021/22 campaign.

“There’s never an easy way to win the title. It’s a 100% effort from everyone involved. Emotionally for the fans too, there’s so many components to winning the title.

“It’s fitting that it’s ten years on from the first [Premier League] title.”

City’s latest triumph sparked passionate celebrations between Guardiola and his players, and the Catalan was visibly emotional after securing the 10th league championship of his managerial career in such dramatic fashion.

Goals from Matty Cash and Philippe Coutinho left City with an uphill task in the final 20 minutes, but a remarkable five-minute spell saw Rodrigo score in between Gundogan’s strikes to complete an incredible turnaround.

Lescott admitted he feared for Guardiola’s men at 2-0, but felt confident they would get a result as soon as the German midfielder pulled a goal back.

READ ALSO: De Bruyne believes Liverpool pushed them to be a better team

“I haven’t seen Pep like that before or after any trophy,” he added.

“Whether you like it or not you have to credit Liverpool, but it’s our day. They will remember this.

“That was the most nervous I’ve been for a while. When the goal came then I knew it was coming. What a feeling.”