Liverpool have issued their team news ahead of their Premier League clash against West Ham that's going to take place on Wednesday. 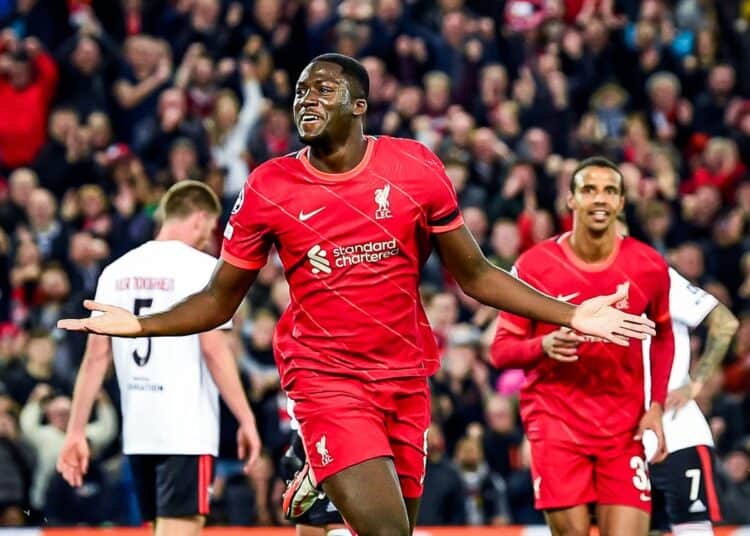 Liverpool are coming off a victory over Manchester City this past weekend and will be looking to maintain that winning run.

They will make at least one enforced change because Diogo Jota suffered a calf injury during the closing stages of the 1-0 win over Manchester City.

This is going to sideline him for an extended period of time and he will unfortunately miss the World Cup that is set to take place in Qatar next month.

“Yes, he will miss the World Cup. [It’s a] pretty serious injury in the calf muscle and now the recovery process starts. That’s it pretty much.”

The Liverpool coach also reported in his last press conference that he has no fresh injury concerns within his team ahead of the Hammers clash.

He then went on to give update on the status of Curtis Jones, Alex Oxlade-Chamberlain, Naby Keita, Ibrahima Konate, Joel Matip, Luis Diaz and Calvin Ramsay.

“I think all the other players who started the game are available again,” he added.

“Curtis was on the bench – it was clear we will not bring him on, we just had space. He’s in training, looks really good in training but needs further training until he’s really available. He could be a step closer now after two days but didn’t train yesterday, so maybe half a step closer.

“Oxlade is getting closer, yesterday full team training but that needs time. [He] was out for a while and now we have to make sure that he can put all the sessions in his legs, which he needs.

“Naby is now in parts of team training, so all slightly different.

“Ibou not in team training yet but we knew it before it will not be that long – he will be, in the end, out maybe for 10 days until he can start training again. When was it? It was Rangers, so tomorrow it’s a week and then maybe Saturday, whenever, he is back in team training. He was not long out, so if he can train fully, he’s available.

“Joel is still a little bit away and, of course, Luis as well not even close to team training.

“Calvin is completely back in team training. He had a little setback, got hit on the ankle so we had to keep him out. But I think he’s ready to play U21s at the weekend, which would be absolutely great.”

Nota Baloyi goes on a lengthy rant about the Johannesburg Police