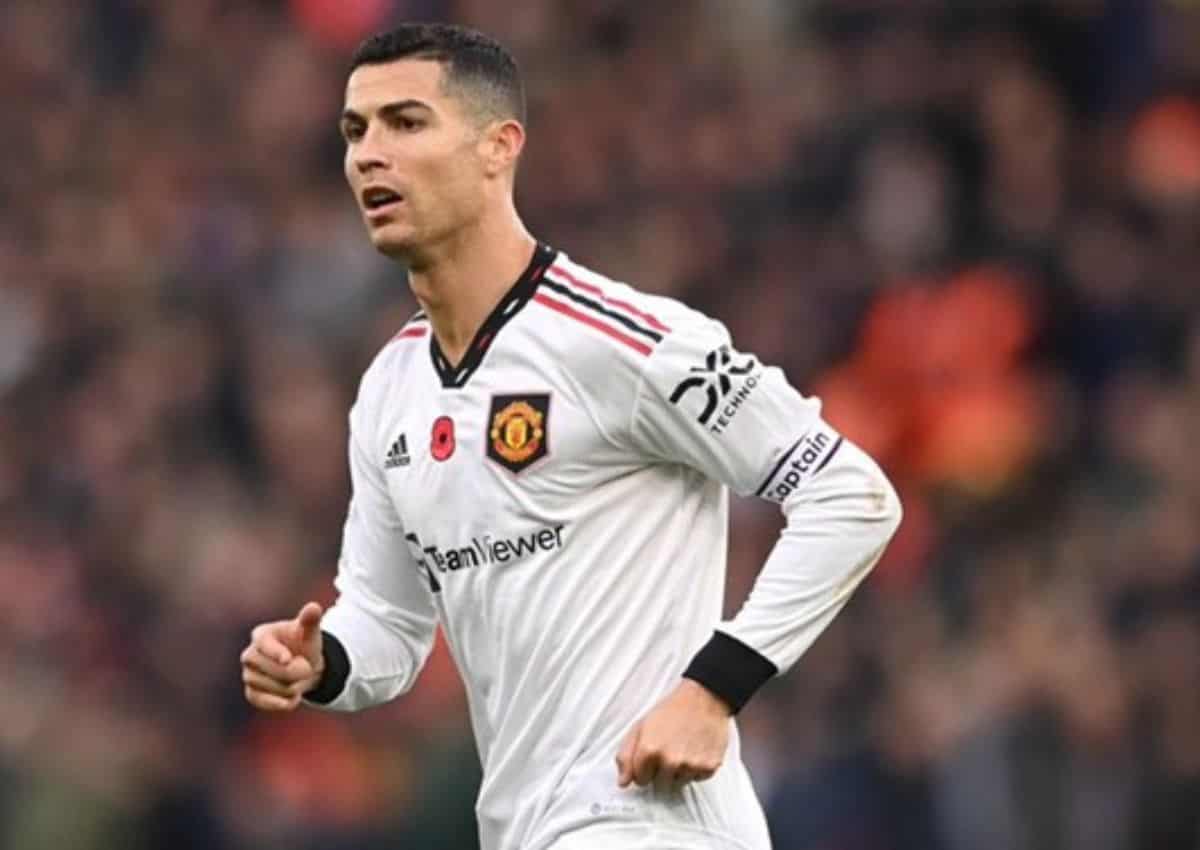 Cristiano Ronaldo playing a match in the premier league. Photo via Twitter: @FabrizioRomano

Manchester United announced on Tuesday that it has parted ways with Cristiano Ronaldo, adding in a statement that the departure is “by mutual agreement, with immediate effect”.

“Cristiano Ronaldo is to leave Manchester United by mutual agreement, with immediate effect,” the statement read.

“The club thanks him for his immense contribution across two spells at Old Trafford, scoring 145 goals in 346 appearances, and we wish him and his family well for the future. Everyone at Manchester United remains focused on continuing the team’s progress under Erik ten Hag and working together to deliver success on the pitch.”

Moments after the club’s announcement, Ronaldo issued his own statement where he confirmed the news that he has cut ties with Manchester United.

“I love Manchester United and I love the fans, that will never ever change. If feels like the right time to seeks a new challenge. I wish Man Utd all the best.”

The termination of Ronaldo’s contract follows his recent interview with broadcaster Piers Morgan, which aired last week on TalkTV in the United Kingdom. In the interview, Ronaldo said he felt “betrayed” by the team and that he didn’t respect Manager Erik ten Hag, among other grievances.

Manchester United signed Ronaldo from Juventus in August 2021, opening the Portugal native’s second stint with the Premier League powerhouse following a pervious spell from 2003 to 2009.

In the interview, Ronaldo said that when he returned to Old Trafford, he “thought everything will be different- the technology, the infrastructure, everything.”

“I was surprised in a bad way, I saw everything was the same,” he said.

Ronaldo will be competing for Portugal in the World Cup in Qatar against Ghana on Thursday. On Monday, before parting ways with Manchester United, he said the drama over the interview should not affect the performance of his national team.