Anthony Martial was happy to return into action and open his account for the season but disappointed with the loss to city rivals. 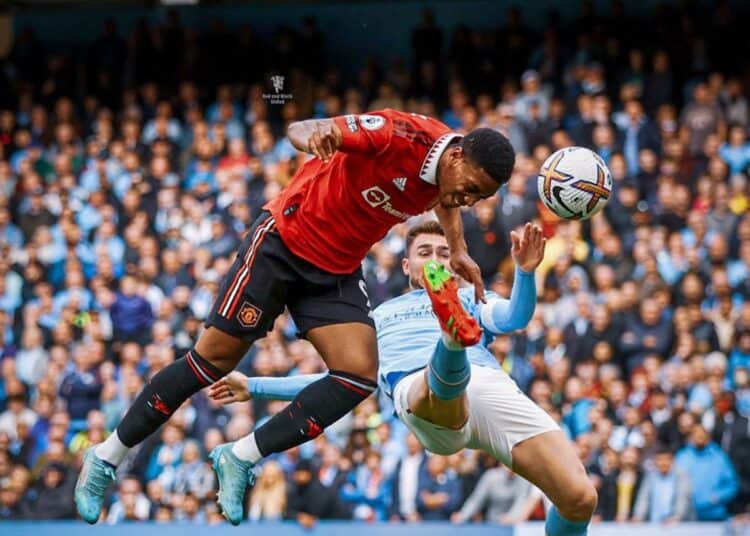 The return of Martial from injury saw was a positive among the negatives of the day in Manchester United’s office.

The Reds’ number 9 has a chance to prove himself to the national team coach France before the FIFA World Cup takes place in November.

“For sure, I would have preferred not to score and win this game,” he told Man United website after Manchester derby. “But it’s always good to come back on the grass and score.

“We are really frustrated. That’s not what we wanted to do but this result is the one [that happened] and we are going to give everything to come back for the next game.

“We started the game really badly and then they were really efficient with the chances they had. It’s really complicated but it’s like that and we are going to do everything to be ready for the next match [on Thursday against Omonia Nicosia].”

Martial shared his desperation to get back to his best in terms of fitness especially considering the upcoming fixtures that he wants to be involved in.

“I’m doing everything the best I possibly can to recover so I can come back ready and physically match fit in order to help out the team,” he told us towards the end of last month.

“The Liverpool game, for sure, was one of those games in which I really wanted to play, if I possibly could at all, and that’s why I came on at half-time.

“It’s always very special playing in those kind of games and that’s why I am going all out to come back and, above all, be fully match fit, so I can be out there and helping the team.”