France are on course to become the first team to successfully defend the World Cup since Brazil 60 years ago. 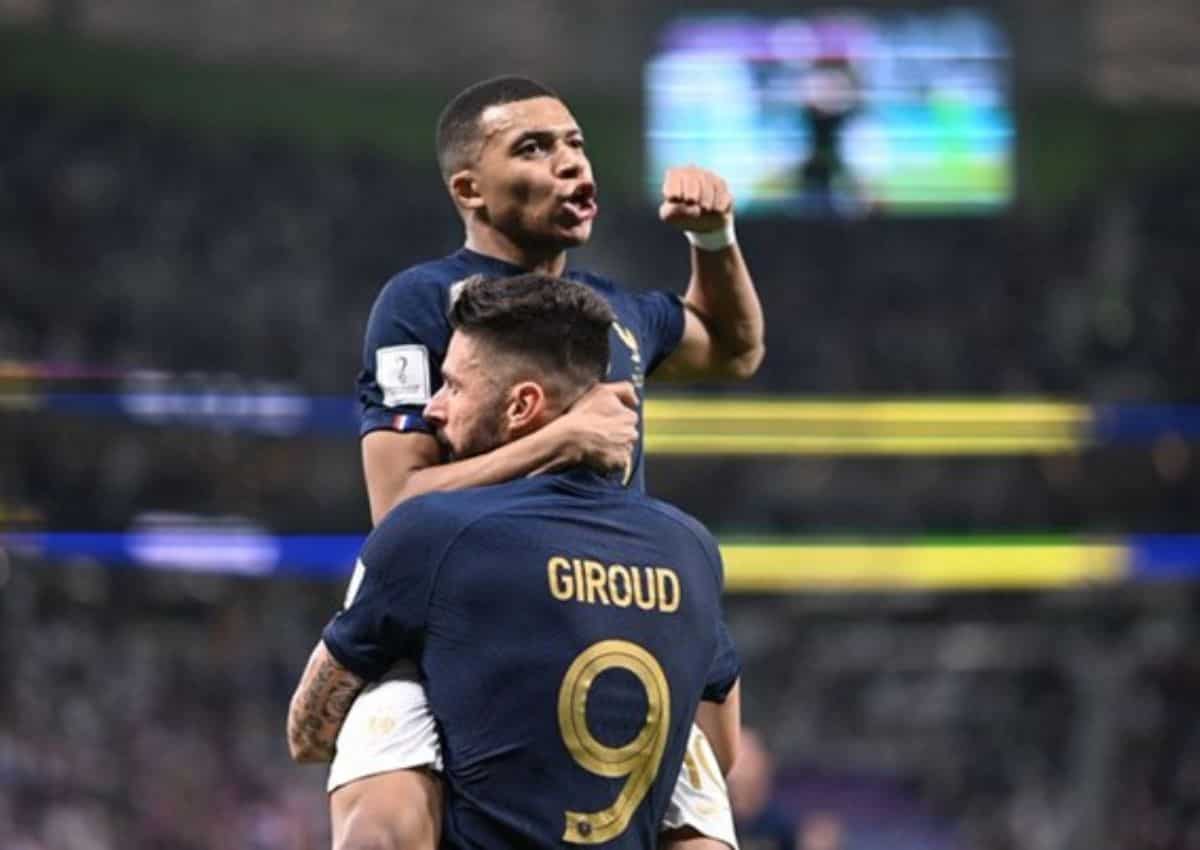 A brilliant double from Kylian Mbappe saw France cruise into the quarter-finals to set up a mouth-watering showdown against England after they beat Senegal.

Paris Saint-Germain star Mbappe scored two fabulous goals in the second-half which resulted in France moving on to the quarter finals with a simple cruising 3-1 victory over Poland.

France took command of the match from the start, looking to find space behind the Polish defence, but Mbappe’s first forays failed to lead to lead to clear chances.

Mbappe’s lethal strike in the 74th minute killed off any prospect of a Poland comeback and he scored again to move to nine goals in just 11 World Cup appearances.

Poland was in the knockout stages for the first time since 1986 and looking for their first quarter final appearance since 1982, but France’s midfield did a great job at cutting their feeding line to star striker Robert Lewandowski, who reduced the score line with a twice-taken, last-second penalty.

France marches on to the quarter-finals and are on course to become the first team to successfully defend the World Cup since Brazil 60 years ago.

“It wasn’t easy because Poland were well organised and tried to counter us,” France coach Didier Deschamps told broadcaster TF1.

“Then there’s Kylian with his ability to resolve all sorts of problems, and that’s just as well for us.

“This team has been united from the beginning and obviously a result like this one confirms that. The joy is shared among everyone.”