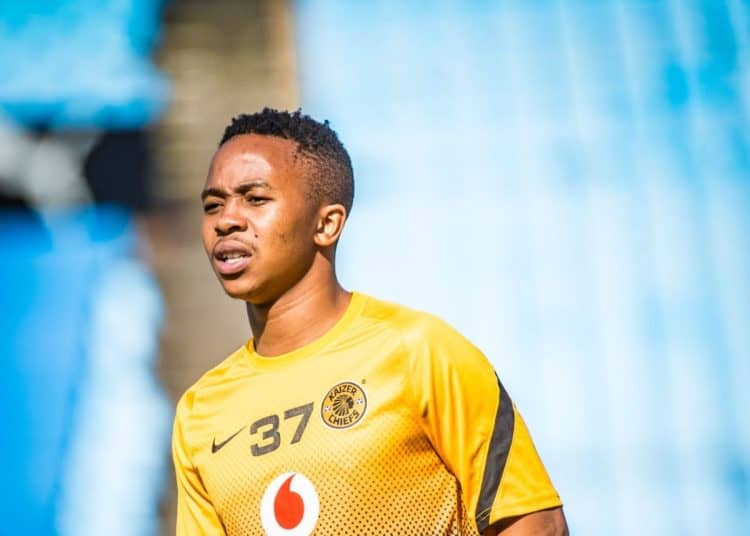 As Kaizer Chiefs sharpen their concentration ahead of their fourth league match of the 2022/23 DStv Premiership season against Richards Bay F.C. on Saturday at their home from home, Moses Mabhida stadium in Durban, one man determined to bring joy to the Amakhosi faithful is talented 22-year-old attacking midfielder, Nkosingiphile Ngcobo.

‘Mshini’, as he is affectionately known, has come off the bench in the past two games and will be hoping to make an important contribution to what promises to be a thrilling clash in front of a bumper audience.

“I think we have prepared very well,” Ngcobo said. “We know that we need to be focused on the game and go all out to make sure that we win this one”.

Amakhosi currently have three points from three matches so far and following a disappointing outing last weekend against Sundowns, the Glamour Boys are well aware that a vastly better performance is essential on Saturday evening.

Mshini admits, “We know the last game didn’t go the way we wanted,” before adding, “but we have put it behind us and are looking forward. I think we are on the right track and have to keep on improving and we’ll become a very good team.”

Richards Bay come into their first-ever league meeting with Chiefs as something of an unknown quantity, having only been promoted last season. However, the team from the north coast of KZN has made an impressive start to the campaign and presently occupies top spot in the league standings.

Ngcobo, though, is more focused on his own team’s objectives, pointing out, “You always have to know your opponent to some level and we have analysed them but, for us, it is more about going out there and executing our own gameplan. For us, we just have to focus on what we do.”

Amakhosi’s home matches in Durban have always attracted large exhilarating crowds to Moses Mabhida. Anticipation has been gaining momentum all week for the first encounter at the majestic venue in almost three years and Mshini concludes by revealing how much the players appreciate that inspirational support: “When the stadium is full those are the moments we really enjoy. To be honest, it’s a great feeling to experience that atmosphere. We are looking forward to playing in front of our Durban fans and will give everything to get those three points.”

Amakhosi will welcome Richards Bay for a game at their alternative home venue, Moses Mabhida Stadium, on Saturday. The two teams will do battle for the all-important three points at the stadium on Saturday 20 August at 20h00.

Tickets for the match are still available from Computicket, Shoprite and Checkers at R60 per ticket.