South African Football Association (SAFA) referee Akhona Makalima will be one of the match officials for the 2022 Africa Women’s Cup of Nations. 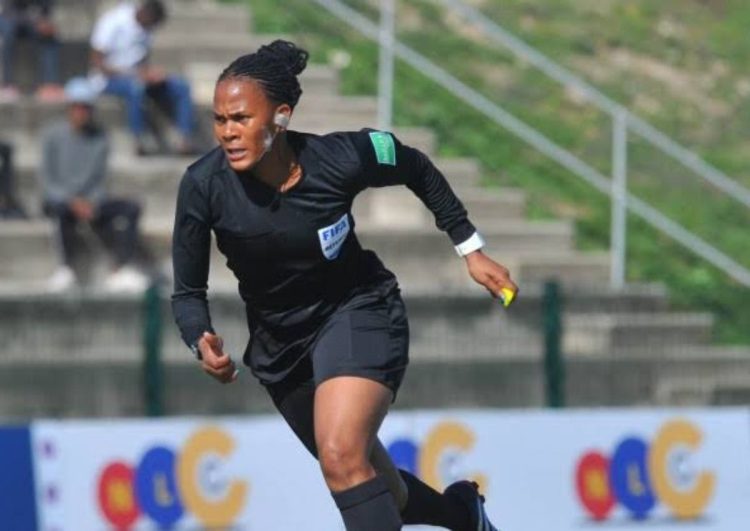 Makalima will join the prestigious number of South Africans doing duty at the AWCON and will be looking to cement her place on the list of referees that are set to officiate in the 2023 FIFA Women’s World Cup.

She-Ref, as she is affectionately known, is one of South Africa’s leading referees and has numerous records attached her name.

READ ALSO: Bruno Fernandes raring to go in the next season

Makalima is one of a few female referees blowing the whistle in the domestic topflight, and also officates at COSAFA and CAF level.

She also made the short-list of match officials for the 2022 FIFA Women’s Cup, and has been hard at training during the CAF and FIFA workshops throughout the year.

Makalima, who hails from the Eastern Cape, is the perfect example of how far someone can go with hard work and determination. She has in the past told stories of how she always dreamt of becoming a match official and is living the dream.