Mamelodi Sundowns co-coach Rhulani Mokwena has given verdict after his side humiliated Kaizer Chiefs 4-0 at Loftus Versveld on Saturday. 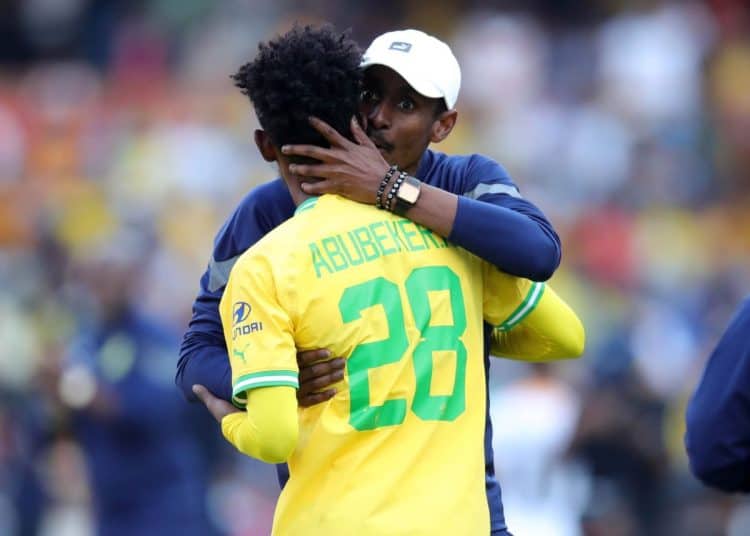 Mamelodi Sundowns thumped Kaizer Chiefs 4 – 0 in the DStv Premiership on Saturday afternoon in Pretoria. Cheered on relentlessly by their fans, the Masandawana produced an incredible all-action display to overturn their midweek despair that resulted in their first defeat for the season.

Downs Co-Coach Rulani Mokwena applauded his team for the passion that they brought to the game at Loftus, he said:

“We accept the victory with a lot of humility and that makes us congratulate the players for an excellent performance, congratulations to the technical team for excellent work behind the scenes and to pick the boys up and try to get us ready for what we anticipated to be a very difficult match and that’s what we got today.”

READ ALSO: Ten hag: I feel sorry for the fans

The Brazilians acquired the services of the Ethiopian international striker, Abubeker Nasir who was announced as part of the Tshwane Giants a week ago. The 22-year-old made his appearance the day after his unveiling with a few sightings of his skills, but it was during the encounter with AmaKhosi on Saturday that Nasir showed his potential when he scored his first goal with a left-foot finish after skillfully beating two defenders in the penalty area. Coach Rulani expressed his aspirations for the striker to polish up his football.

“He still has a lot of work to do, he’s going to improve. The way we play and the way we train, players are bound to improve and the same expectation can go into Nasir. Again, I plead for patience and for time, and not to overhype [him] because he’s still relatively very young with incredible potential. When we signed him he went back to Ethiopia and he spent six months there, we had to get an English tutor to spend a little bit of time with him so that the level of [his] English can get better [and] it is at a relatively good standard, although we’ve also now had to hire a translator for him because we were struggling with some of the instructions and some of the information that we wanted to bring to him.”

“We would also like to thank the club for supporting that notion because when we made that plea immediately the next day we had a translator on the training pitch working with us and you could see even before we brought him on we used the translator to get the message across, but [he has] incredible potential, surrounded by other incredible players.”

Ten hag: I feel sorry for the fans