Riveiro unfazed by lack of goals against Sekhukhune

Orlando Pirates coach Jose Riveiro is seemingly not worried after his side failed to score a goal against Sekhukhune United. 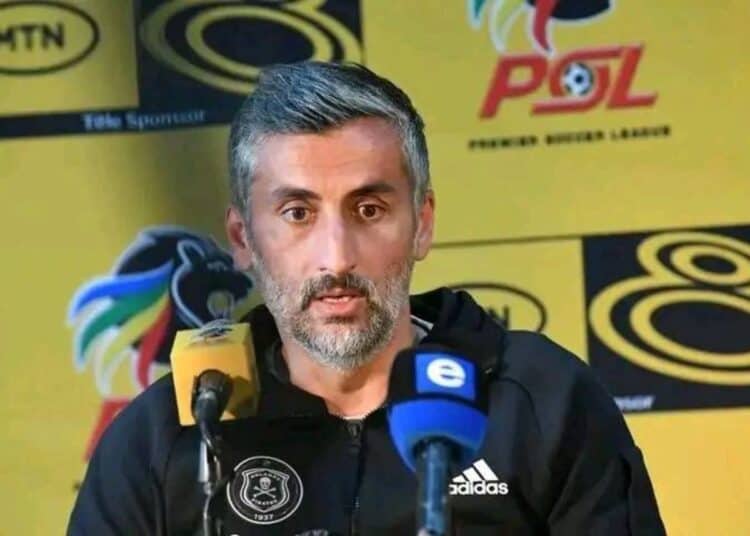 Riveiro lost his game in this season and his side dropped to number having collected 14 points in nine games.

“We were not really playing the game we wanted [against Sekhukhune]. For different reasons, I think we changed after half-time,” Riveiro said as quoted by TimesLIVE.

The Spaniard manager felt they didn’t do well in the second half.

“We had a good beginning in the first 15 minutes and we had the game pretty much under control. I think the second part of the second half was not good.

“Just before the red card [Thabiso Monyane] we were close to taking the lead and in that moment we had the feeling that the situation was under control. We started to play more close to their box and a bit higher on the pitch, but still not close to our best.

“Thereafter there was a red card and we started a different game to modify our distribution on the field. With [Vincent] Pule, [Deon] Hotto and Kermit [Erasmus] we managed to create the most clear chances and that’s what I would have wanted at that moment.”

Asked if he was worried after failing to score, he said: “No, I have been asked this question [ability of his team to score goals] too many times. I’m not worried, no.”

We regards to ho they conceded goals, Riveiro said: “We were disorganised on the field and we were looking for a goal to at least get one point.”

“With the players tired because we played a lot of minutes one man down, it’s normal to have one mistake. We had one more and in that mistake the opponent got the advantage to score the second goal and that was the end of the story.”

Friday’s Powerball and Powerball Plus Results for 7 October 2022