Springboks' Bongi Mbonambi and Lood de Jager have given their preview of the Argentina clash that await them on this Saturday in Durban. 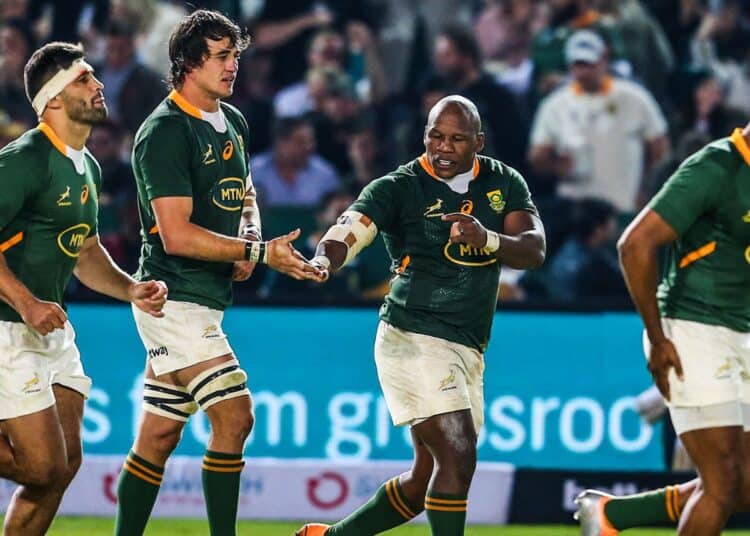 Mbonambi is among the replacements while De Jager starts in what will be the final match of the Castle Lager Rugby Championship to be held at Hollywoodbets Kings Park in Durban.

Boks will be looking to clinch the title they last won in 2019. South Africa is level on 14 log points with New Zealand and Jacques Nienaber’s charges are trailing All Blacks by 13 net points on points’ defference.

“It’s a big game. We haven’t won a full Rugby Championship tournament in a long time. But it’s a privilege to contest for the title, and it’s like a Rugby World Cup for us. As a child one simulates playing in a World Cup and Rugby Championship, so hopefully we can go out and do the country proud.”

“Argentina are a tough team, and they play for the full 80 minutes. They are also proud of their nation and always play with passion. So, it is vital that we maintain our concentration for the entire match, and not have any soft moments.”

Meanwhile, Mbonambi was delighted to be back in action following the knee injury he suffered at training before their All-Blacks test in Johannesburg.

“I’m fortunate to be back with the Boks and we are using every opportunity available to prepare well. We’re looking forward to the weekend,” Mbonambi told SA Rugby.

“I’ve done my rehabilitation and completed my return to training protocol, so it’s great to be back. Malcolm is playing really well and the competition in the squad is tight, but it’s really great to be back.

Mbonambi added: “It’s important for us to win the Castle Lager Rugby Championship. We are ticking all the boxes at training, and we’ll do everything we can to win it at home.

“Argentina have a good front row and pack. They also have a player like Agustine Creevy, who is a good player, and he knows all the tricks in the scrums.”

De Jager added: “They have good lineout jumpers, and we expect the nothing different from them this week. We looked at our scrum and we want to apply pressure in that department. As a team that is a big pressure point for us.”

DJ Zinhle dismisses rumors she was rude to Pearl Thusi