The DHL Stormers will be taking the Vodacom United Rugby Championship trophy on an open-top bus parade in Cape Town on Friday, 24 June. 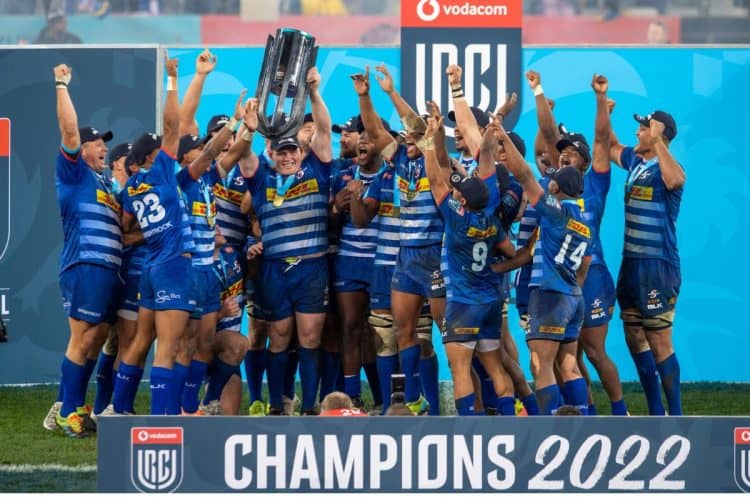 Having secured the inaugural Vodacom United Rugby Championship title with a win against old rivals the Vodacom Bulls at DHL Stadium on Saturday, the DHL Stormers will be out to thank their faithful fans for the incredible support they got this season.

Starting at the Grand Parade at 10h30 this Friday, the DHL Stormers will take the trophy to the streets of Cape Town. From Grand Parade the bus will turn onto Adderley Street and along Wale Street before going down Long Street and Loop Street before heading along Somerset Road to DHL Stadium.

This parade has been kindly facilitated by the City of Cape Town, to give the team a chance to connect with their supporters again and celebrate an incredible season. The Mayor Geordin Hill-Lewis, captain Steven Kitshoff and Head Coach John Dobson will all address the crowd outside City Hall before the players take the trophy on the open-top bus parade.

The Vodacom United Rugby Championship trophy will be taken into the various communities in the greater Cape Town area in the coming months, with visits to clubs and schools to follow the bus tour on Friday.

Members of the public will also be able to have their picture taken with the Vodacom URC trophy at DHL Stadium on Wednesday, 22 June. The stadium will be open from 11h00 to 15h30, for the Faithful to come get a photo taken free of charge.

The DHL Stormers players will not be at the stadium on Wednesday, with nine players still in camp with the Springboks, but the whole squad will be on the tour through the city on Friday.

Dobson said that his team is very grateful to the City of Cape Town for arranging this opportunity for them to celebrate with the Faithful.

“We have really felt the love of our supporters and the greater community this season and it will be fantastic for the players to say thank you to them in this way.

“The City of Cape Town and the Mayor have been amazing in the way they have backed the team and this is another example of how they have stepped up to help connect us with our fans,” he said.

The Mayor said that it is an honour to celebrate the DHL Stormers team after what they have achieved.

“It’s wonderful to be hosting the DHL Stormers for their victory parade on Friday and I’m looking forward to seeing all of Cape Town come out and show their support for our champions!” he said.