Lukhanyo Am says Springboks had a "few opportunities" that they didn't utilize while New Zealand took theirs to wrap up the game. 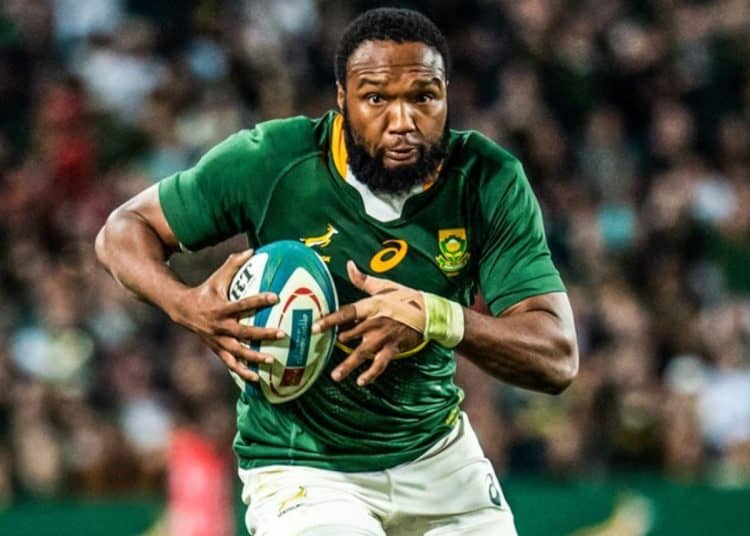 The Springboks will have a thorough review of their performances in their last two Castle Lager Rugby Championship matches and, according to Lukhanyo Am, return to the drawing board before embarking on their tour to Australia and Argentina following their 35-23 defeat against the All Blacks at Emirates Airline Park on Saturday.

The Springboks won their opening Test of the competition 26-10 against the arch-rivals, the All Blacks, in Nelspruit, and there was widespread expectation that they could repeat that result and earn rare back-to-back home wins against the visitors, but their hopes were dashed as New Zealand outscored them four tries to two.

“We are gutted with the result,” said Am.

“We wanted the win, but unfortunately the result didn’t go our way. New Zealand, meanwhile, took their chances.”

Am added: “We had a few opportunities, and we didn’t capitalise on them, and there were crucial moments in the game that didn’t go our way such as a penalty being reversed and being caught off-guard on defence.

“So, we will review our last two games and take stock of what we need to do going forward in the competition.”

Springboks prop Frans Malherbe, who earned his 50th Test cap in the match, added to Am’s reasons for the defeat saying: “It is always a tough match against them and at the end of the day. I think one of the contributing factors is that we didn’t get the dominance we wanted in the first half.”

Commenting on achieving the career milestone of playing a half century of Tests, Malherbe said: “It was special to play my 50th Test for the Springboks. In short, it has been a very special journey and to be part of this team is amazing. Obviously, however, it is disappointing that we couldn’t get the result.”

With two Tests lined up against Australia in Adelaide and Sydney and another against Argentina in Buenos Aires before the Boks return to South Africa for their closing match of the competition against Los Pumas in Durban on Saturday, 24 September, Am said they were well aware of the challenge ahead, but he said they hoped to bounce back strongly on tour.

“We’ll go back to the drawing board and have a look at the opportunities we missed and the things we feel we need to improve on,” said Am.

“Australia are a quality side and they have experience, so it is going to be another exciting opportunity for our team.

“We haven’t beaten the Wallabies in Australia since 2013 if I’m not mistaken, so we’ll sit down as a team and see where we can improve.”

The Springboks returned home on Sunday where they will have a few days off to rest and recuperate after the opening leg of the competition, with Springbok coach Jacques Nienaber’s touring squad set to depart for Australia on Thursday.

Faith Nketsi reveals she gave birth: “my family is complete”

Ten hag: I feel sorry for the fans