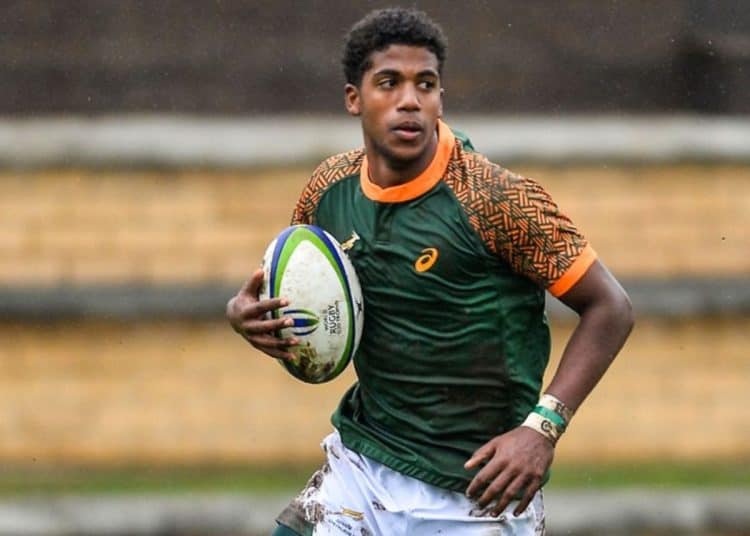 The call-up of Moodie follows the four-week suspension handed to Kurt-Lee Arendse for a dangerous tackle against New Zealand in Nelspruit last Saturday, which will only see him cleared to return to action on Sunday, 18 September.

Arendse’s suspension means that he will miss the Boks’ next three Tests, and will only be able to play again in their final Castle Lager Rugby Championship Test against Argentina in Durban on Saturday, 24 September.

Springbok coach Jacques Nienaber was excited to welcome the Vodacom Bulls’ Moodie, who can cover wing and fullback, into the Springbok set-up in what marks his first senior national call-up.

“Canan [Moodie] is one of the exciting young backline prospects in the country as he showed in the Vodacom United Rugby Championship this year,” said Nienaber.

“His consistently superb performances earned him a place in the final against eventual champions, the DHL Stormers, and this, combined with his Junior Springbok experience in the 2021 Under-20 International Series, will set him in good stead as he enters the Springbok environment.

“Canan was due for a second stint with the Junior Boks this year but unfortunately missed out because of injury. He has a high work ethic, and he’s a skilful player, so we are excited to see what he brings to squad.”

Arendse, in turn, has been released from the national squad as the Boks prepare for Saturday’s encounter against New Zealand at Emirates Airline Park, which will be followed by a tour to Australia and Argentina for the away leg of the Castle Lager Rugby Championship.