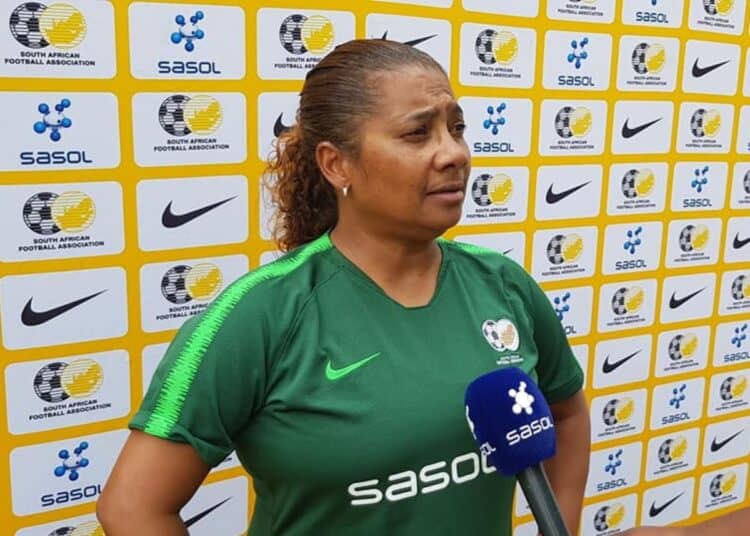 Banyana recently played two friendly internationals against Brazil – at the Orlando Stadium in Johannesburg on Friday, 2 September 2022, and at the Moses Mabhida Stadium in Durban on Monday, 5 September 2022 – and SAFA has promised to arrange more matches against tough opponents to assist Ellis during her preparations.

While the SASOL-sponsored Banyana Banyana lost both matches (0-3 and 0-6), the games against the Copa América Femenina winners gave the coach and her players a taste of what to expect in Australia and New Zealand next year.

“The coach has a complete programme already in place,” the SAFA president said. “I spoke to her and said we must meet because adjustments may have to be made, given these two matches [against Brazil]. But it is the decision of the coach and whatever she wants we will support, because we want this team to do well.

“You must also remember that we did not have Noko Matlou and we did not have Thembi Kgatlana [for the matches against Brazil). Not that one swallow makes a summer, but sometimes it makes quite a bit of difference if you have players that generate a lot of confidence to those around them. So, we have to look at these things.”

Nozipho Mbatha, Sasol Senior Manager: Group Brand and Sponsorship, commended Banyana Banyana for their effort despite the results against Brazil. “The Brazilian team is ranked number nine, while we are at number 54 on the FIFA Women’s World rankings, but this did not deter our ladies.

“Noting that this was part of the 2023 FIFA Women’s World Cup preparation, it is these kinds of international friendly games that will allow Banyana Banyana to continue to build their confidence on and off the field. We want them to continue to give their best and to remember nothing is impossible. They should not let this setback determine their road ahead.”

The draw for the Women’s FIFA World Cup will be held in Auckland on 22 October 2022 where the 32 teams will be divided into eight groups of 4. The host country New Zealand, will be in Group A and Australia will be in Group B.