Argentina came into the tournament among the favorites after they won the Copa America title and were unbeaten in 36 games. 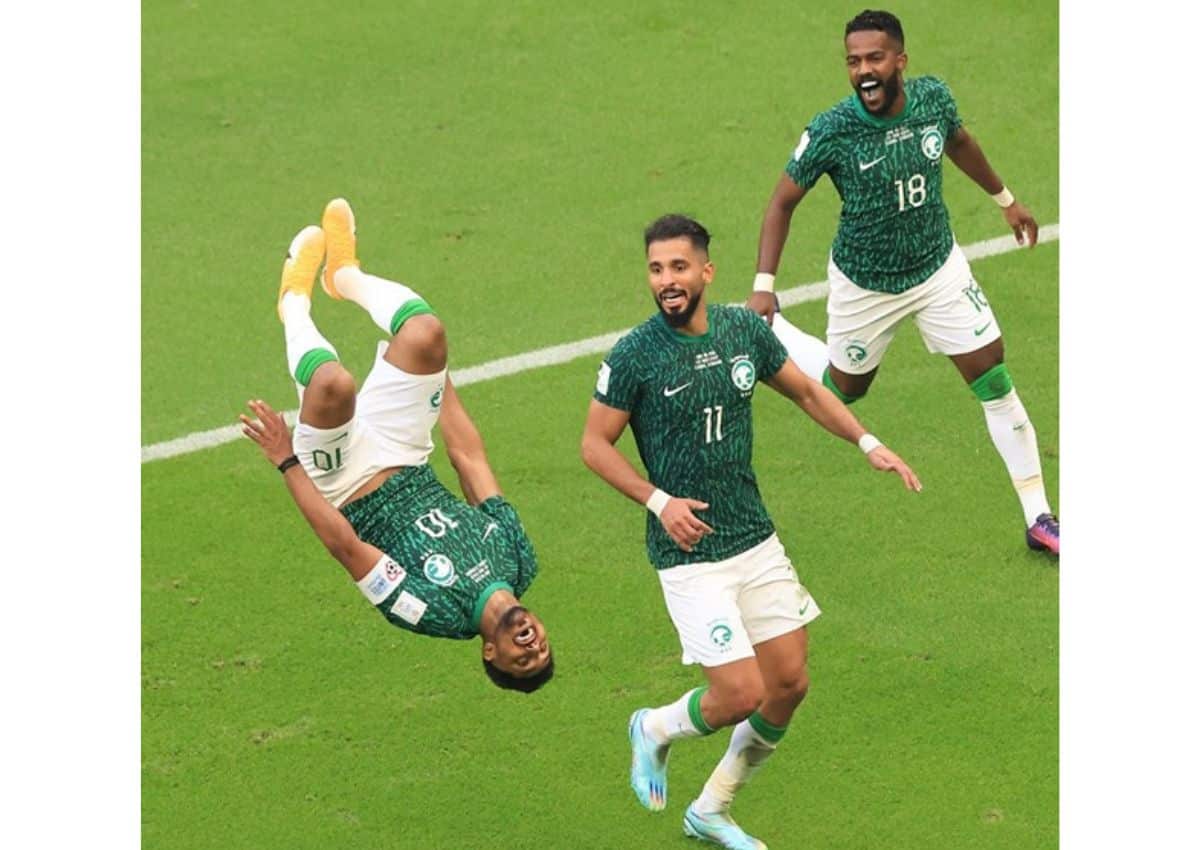 Saudi Arabia pulled off one of the greatest upsets in World Cup history after beating Lionel Messi’s Argentina 2-1 in their opening match.

Ranked 51st in the world, Saudi Arabia could have been done and dusted in the first half as Lionel Messi opened the scoring from the penalty spot before Argentina has three goals ruled out for offside.

Copa America champions Argentina came into the match on a 36-match unbeaten streak and appeared to be on their way to a straightforward victory after Messi scored the leading goal.

But the Green Falcons flipped the game on its head in a stunning 10-minute period after half-time, Saleh Al-Shehri levelling with a low effort and Salam al Dawsari firing them ahead to spark pandemonium in the stands.

Leonel Scaloni’s Argentina came into the tournament among the favourites, after they beat Brazil to win the Copa America title and also had a record of 36 games unbeaten.

Argentina will now face Mexico on Saturday, while Saudi Arabia will play against Poland.

Argentina were among the elite teams which were tipped to go all the way to the final as their side is filled with world class players and the Leonel Messi who is argued to be the best in the world.

“We made history for football,” he added. “It will stay forever, this is the most important. But we also have to think about looking forward. We still have two difficult games before us.”

Defeat is a bitter blow for Argentina as they were one game away from equalling Italy’s all-time record of 37 matches unbeaten.

Thami Ngubeni reveals she was kidnapped on Metro FM