Senegal last advanced from the group stage at the 2002 World Cup, when the team reached the tournament quarter-finals. 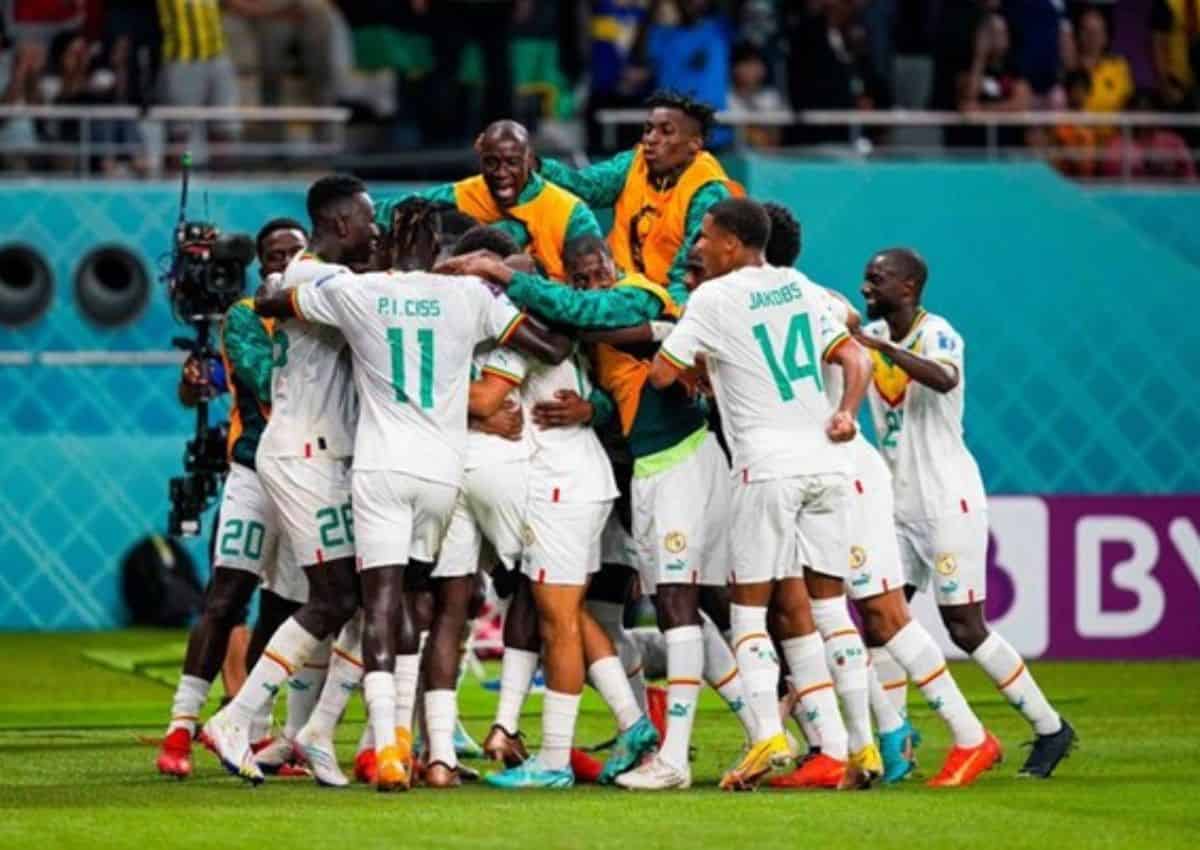 Kaildou Koulibaly sent Senegal into the World Cup knockout stages for the second time in their history with the winner in Tuesday’s dramatic 2-1 win over Ecuador.

Needing a win to qualify, with the Netherlands beating Qatar as expected to top group A, the African champions went in front just before half-time when Piero Hincapie bundled over Ismaila Sarr, who picked himself up to calmly convert a penalty.

Despite managing to keep Ecuador captain Enner Valencia quiet throughout the match, Brighton’s Moises Caicedo levelled the score in the 67th minute when tapped from a corner.

La Tri were only level for two minutes though, as Gueye’s free-kick dropped to Koulibaly in the box and the Chelsea defender lashed a superb right-foot volley putting Senegal ahead.

The Netherlands beat Qatar 2-0 in their other match to top the group. Senegal finished second after beating Ecuador and are moving to the knockout stages. Ecuador and hosting nation Qatar have been knocked out from the tournament.

Senegal last advanced from the group stage at the 2002 World Cup, when the team reached the quarter-finals in its tournament debut.

Senegal manager Aliou Cisse promised before the match his experienced side “would not overthink” the occasion and the match ended with Senegal coming out victorious.

The current African champions will now face England in the last 16 spot after England topped group B.

For hosts Qatar, it was a sad ending as they lost all three matches. Though it was well known the show was over for the team, after they were eliminated on Friday by Senegal. Their play for pride did not end well either as they were defeated 2-0 by the Netherlands.