We wanted to secure three or four goals in the first half but then we made mistakes. 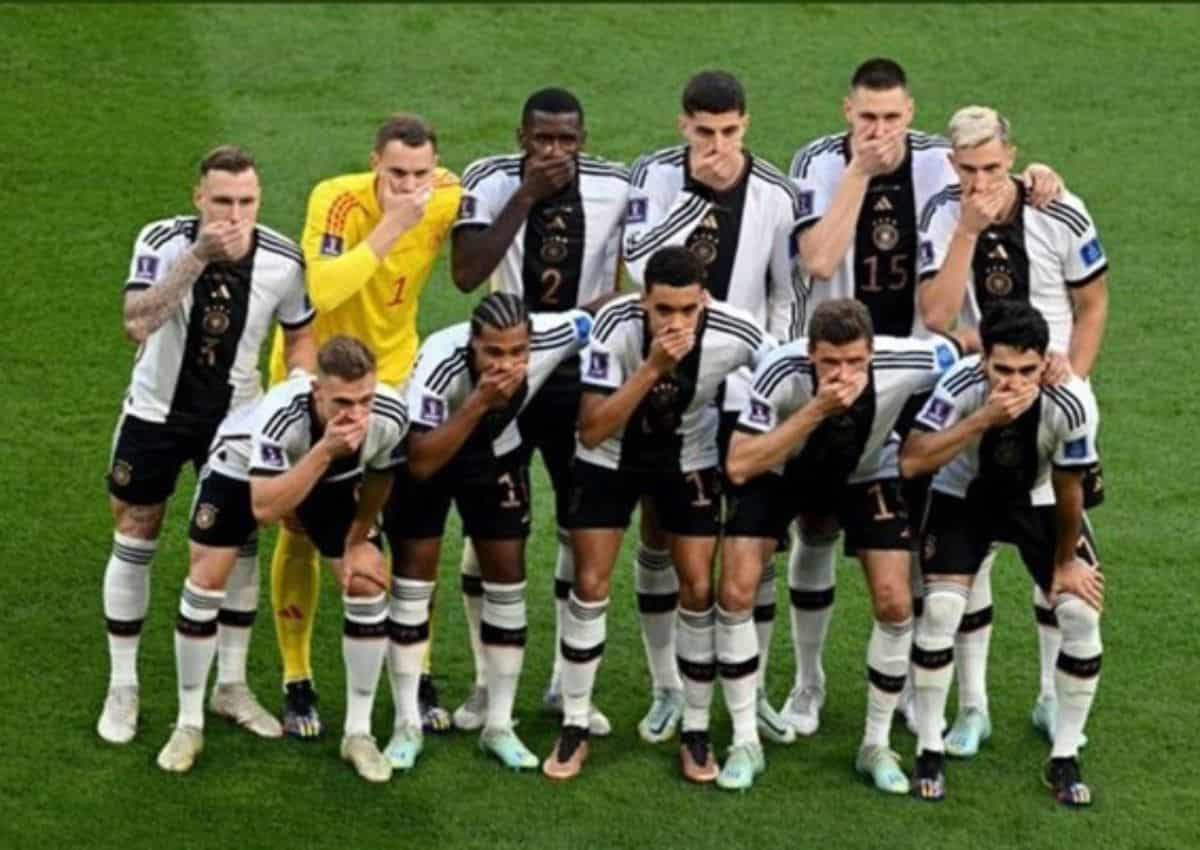 German team taking a picture before the match. Photo via Twitter: @Trumpagenius

Former World champions Germany are out of the World Cup, after suffering a disappointing second consecutive group-stage exit on an incredible night of drama in Group E.

Germany was knocked out of the 2022 World Cup on Thursday after a quite extraordinary finale to Group E, despite beating Costa Rica.

At varying points of the two games, fans of Spain and Japan as well as Costa Rica and Germany each thought that their countries might be on their way to the knockout phase.

Completely outplayed by Spain in the first half and trailing to Alvaro Morata’s first-half goal, somehow Japan managed to fight back to win 2-1 and top the group.

Japan’s two goals-from Ritsuand Ao Tanaka- came in the space of three minutes early in the second half.

Germany beat Costa Rica 4-2, despite trailing at one stage in the match, but the victory was not enough to send them through to the knockout stages, with Japan and Spain securing their spots into the last 16.

“In the first half I was disappointed and very angry at my team and how we allowed the opponent to come back,” Flick said to Reuters.

“We wanted to secure three or four goals in the first half but then we made mistakes. If we had converted those chances, 16 of them.

“But the tournament was not decided today for us. We did not have any efficiency at this tournament and that is why we were eliminated.”

Meanwhile, an emotional Romelu Lukaku took out his frustration on the Belgian dugout after he missed three chances as his country crashed out of the World Cup.