With the world cup in sight, Bafana Bafana managed to stay atop of Group G after beating Ethiopia in Tuesday's game.

by Bianca Bassi
in Soccer - Football 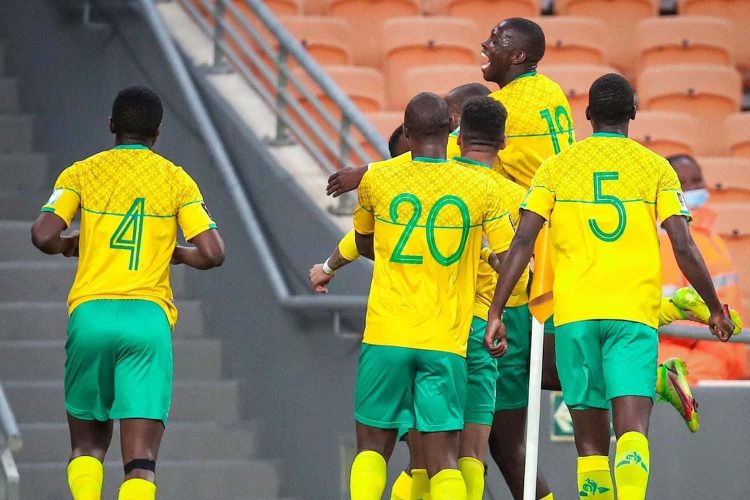 The South African soccer team propelled themselves closer to a place at next year’s World Cup. Bafana Bafana managed to beat Ethiopia by 1-0 in Tuesday’s World Cup qualifier game at the FNB Stadium.

The win ensures that South Africa will remain at the top of Group G standings, and with only two rounds of matches left, the chances of reaching the final round of qualifying are looking good. And with the latest sport venue regulations that allow spectators to attend games again, the SA team was able to obtain the glorious results in front of 2 000 supporters.

Bafana Bafana wins thanks to Ethiopia’s own goal

As the game kicked off, Bafana Bafana wasted no time to run hard at the Ethiopian defence, who conceded a second-minute corner.

Midfielder, Yusuf Maart, was up for a second corner in the 11th minute and delivered the set-piece with precision. As the ball made its way to the front of the opposition’s posts, Victor Letsoalo rose well to connect with a header. Ethiopian captain, Getaneh Kebede, tried to clear the header but instead hoofed the ball into his own net.

This own goal setback gave Ethiopia a boost into several attacks into the opposition half. And they managed to secure a greater share of possession. However, SA’s five-man midfield layout worked like a bomb as they gave Ethiopia little chance to break into their goalmouth.

Throughout the rest of the game, both teams made multiple attempts at shooting goals but were unsuccessful. Although Ethiopia continued to command the major share of possession, SA’s high press was causing panic in the opposition defence.

As the match wound towards the final 15 minutes of play, the SA team looked the likelier to score and Makgopa had a good case for a penalty when he was fouled in the penalty box 15 minutes from the end. But in the end, the score remained 1-0 and Bafana Bafana was declared the winner.