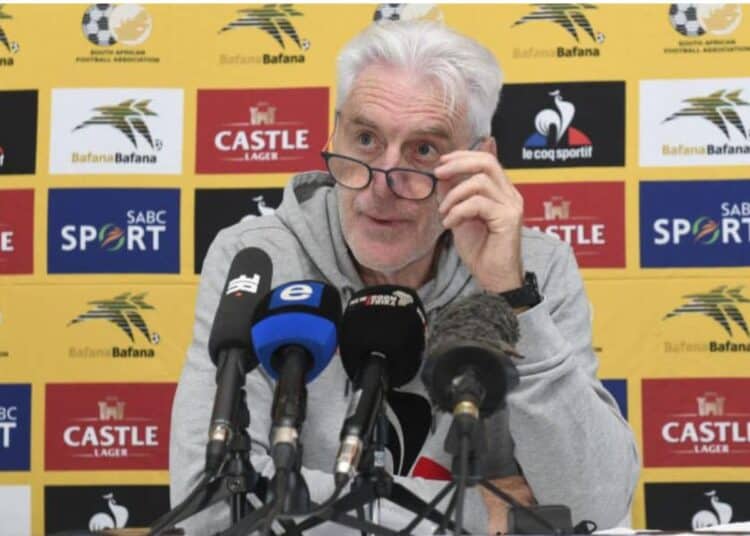 Bafana will take on Botswana and Sierra Leone at the FNB Stadium  in the coming days.

Broos’ charges will play Sierra Leone on September 24 and Botswana on September 27, with both matches taking place at the FNB Stadium in Johannesburg and kicking off at 3pm.

The Belgian coach said he hopes the South African senior national team gets back to winning ways after a 1-2 defeat to Morocco in a 2023 Africa Cup of Nations qualifying Group K match in June, and a 0-5 setback to world champions France in a friendly international at Stade Pierre-Mauroy in Lille in March.

“We start again and it is an opportunity to try and win games,” he said.

Bafana Bafana full squad is below:

Iva Jantjies speaks out: “He denies everything but I have my doubts”