Pep Guardiola says he is unsure whether Kyle Walker will be available for Manchester City’s game away to Wolves this weekend. 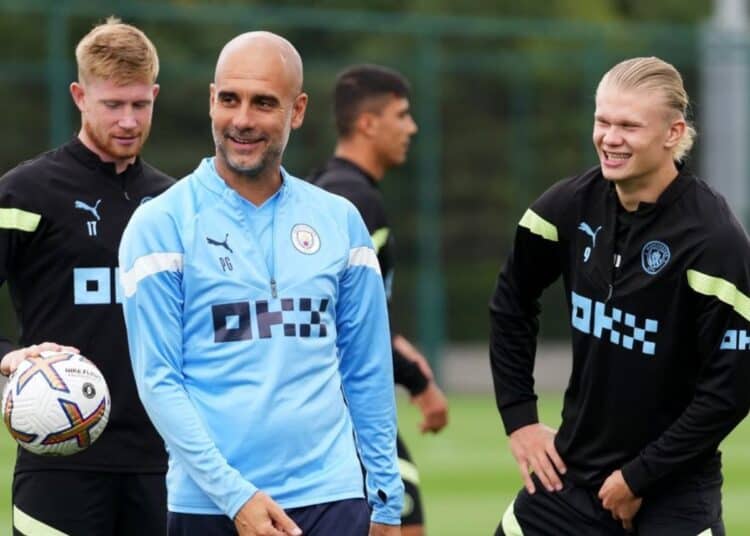 The England right-back was injured against Aston Villa a fortnight ago, forcing him to miss the Champions League games against Sevilla and Borussia Dortmund.

The boss will assess Walker’s condition on Friday afternoon before deciding if he is ready for the trip to Molineux.

“Kyle is getting better, but I am not sure if he is ready for tomorrow,” said Guardiola.

“We will see this afternoon.

“Aymer is back in training but is not ready and Kalvin Phillips (who returned in midweek) is a little better.”

Though City won 5-1 away to Wolves last season, the City boss believes this fixture is one of the toughest on the calendar and is expecting a difficult test on Saturday lunchtime.

He also says Wolves have changed their playing style under Bruno Lage, to good effect – and that their position in the table (14th) does not reflect how well they have been playing.

“It is a completely different team to the previous seasons,” added Guardiola.

“They used to play five at the back with Conor Coady, now they play with four.

“I am really impressed with how they play. Their position in the table is because football is unpredictable and sometimes you don’t get what you deserve.

“They have a lot of good things, like central defenders making a good process; they have incredible runners and a lot of talent.

“They are huge competitors with the Portuguese mentality they have.

“(They are)  one of the toughest teams we have faced in recent seasons and we have to be prepared because they had all week to prepare for this game.”