Mamelodi Sundowns coach Manqoba Mngqithi believes that the availability of their fans will play a huge role in their success against City. 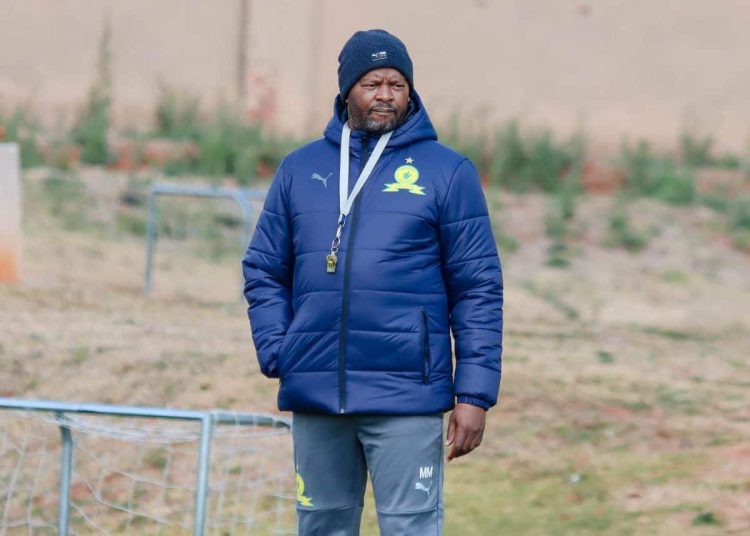 Mamelodi Sundowns are set to take part in the first round of the new DStv Premiership campaign against Cape Town City on Friday. The Brazilians coach Mnqoba Mngqithi has previewed the game.

Masandawana begin their title defense with an away trip to Cape Town Stadium in a rivalry battle with The Citizens, the two teams played both home and away matches which finished in a goalless draw in the previous season as Coach Eric Tinkler’s side finished runners-up in last season’s campaign with 49 points.

“Cape Town City had a very good run last season and I am sure this season they are looking to build from that, so our supporters will become very, very important and be an integral part of our success and of how this season ends. We need them in numbers because we know with that drum beat and those songs, the team is always stronger and we even fight a little bit harder when they are around us.” Said Masandawana’s Co-Coach Mngqithi.

“When I look at how serious the other competitors are, one can only think of the yellow nation as our 12th player that will really play a very big role in making sure that we still continue were we ended last season. We will be looking forward to seeing them now that the stadiums are open. It will be very nice to see our stadiums painted yellow with more than 20 000 supporters every match.”

Bafana Ba Style participated in a series of pre-season matches in getting ready for the season, one of which is the celebrated  Prince Mangosuthu Legacy Cup in KwaZulu-Natal. Downs went into the tournament as defending champions of the Cup, however missed out on the opportunity to reach the final after losing to Richards Bay FC in a penalty shootout. Coach Manqoba expressed his disappointment of not reaching the final stages of the competition.

“One will never be happy with the results that we got at the Mangosuthu Legacy Cup because we always want to win every match, and besides that we always wanted to have two matches in KZN and unfortunately we ended up having one in that tournament. But the friendly that we played before that against Royal AM went very well, we scored three goals, unfortunately we were a little bit generous and gave them two goals, but we still won the match 3-2. We are unhappy with allowing goals in, but at the same time we are happy that we won the match.”

“I am very happy with the progress that the team has made and I am also happy with what I see. I am also maybe more thankful to the players themselves because I think they made our lives a little better by not coming back overweight and having issues that would cause us to have problems physically, the team is looking physically good,” Mngqithi concluded.