Mamelodi Sundowns co-coach Rhulani Mokwena has aired his thoughts on his side's win over Golden Arrows on Saturday evening. 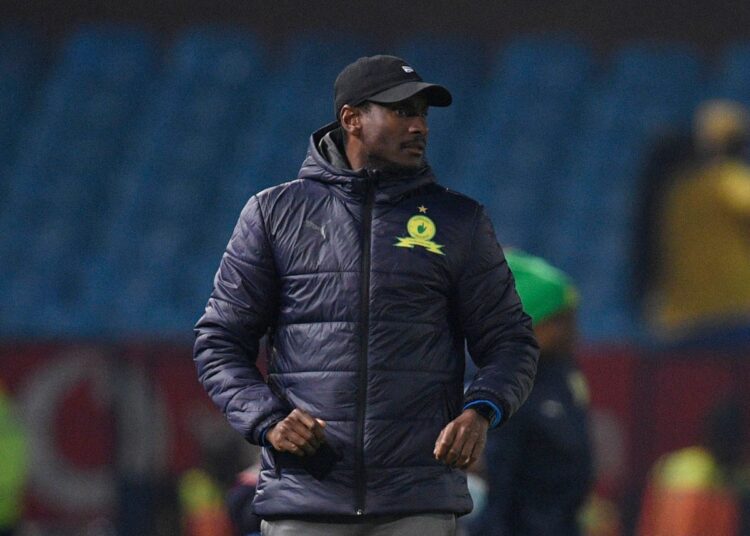 Both teams came into the encounter with a positive result from their previous league clashes, however given the history between the two sides,The Brazilians were favorites to win the battle. After an intense showing between the two rivals, Downs Co-Coach Rulani Mokwena gave an overview of the match and the difficulties they faced with dictating the game, he said:

“I think the first half was a lot better than the second half. The second half wasn’t so fluid, but good grafting, good work ethic and I think ultimately in the end we deserved victory. The biggest challenge we have now in our games is that we are responsible for the intensity of the game, and those games are very difficult when one team of the two is the one responsible for intensity and tempo, because the rest of the team’s now – maybe the last three or four teams come to disrupt.

“It becomes a little bit difficult to have a football match, and then it looks a little bit like Sundowns is not playing well but the reality is that Sundowns are the only ones trying to have a football match, because with everything else there’s stoppages, there’s time wasting, there’s fouls, throw-ins and goal kicks that take too long to restart, and then when you have that it then breaks up the momentum of the game. It’s not as flowing on the eye as it should be, but those types of games are very difficult whereby only one team is responsible for setting the intensity and tempo of the match.”

Masandawana went into the break with a lead by only a goal from Shalulile’s penalty kick, the visitors caused an upset early when the second half got underway, four minutes after the break Pule Mmodi equalized for Abafana Best’thende and let Downs grind out their second goal. An own goal from Mshishi’s cut back in the box secured the victory for the hosts as Bafana Ba Style were left to dictate play for most of the night.

“The second half we didn’t play very well, we didn’t have enough passes. The challenge that we had was also when they left the wingers a little bit higher and they didn’t come back, and then you had a front three that was cheating all the time, so then we were propelling our full backs into wingback positions to try and stretch the last line. But then the distance from wing back to full back for our players (because the opposition wingers were cheating) was a bit too much, but then you’ve gotta control that by having more passes and more passes, but we didn’t have that.” added Mokwena.

The defending Champions have recorded five wins, one draw and lost two of their opening eight games. Mokwena looked over the difficulties in playing with teams that fill up their defense in anticipation fir attack from his team, he said: “The change of the point of attack is an important one, for rotation and for finding the unloaded side, but that needs to happen from different positions.”

“It needs to happen maybe from the full back finding the 8 who can find the opposite 8, and then trying to find possibilities where you can get this overload where you’ve got a 2v1 of that fullback who’s waiting for the switch or maybe even the winger who’s waiting for the switch. I think football is now moving away from that [style of] possession and switching and horizontal diagonals, it’s more vertical now. It’s more [about] can you build and find possibilities in the next line, without even going too far from the goal.”