Why a positive start will be important – De Reuck

Mamelodi Sundowns defender Rushine De Reuck has discussed the importance of first game ahead of their clash against Cape Town City. 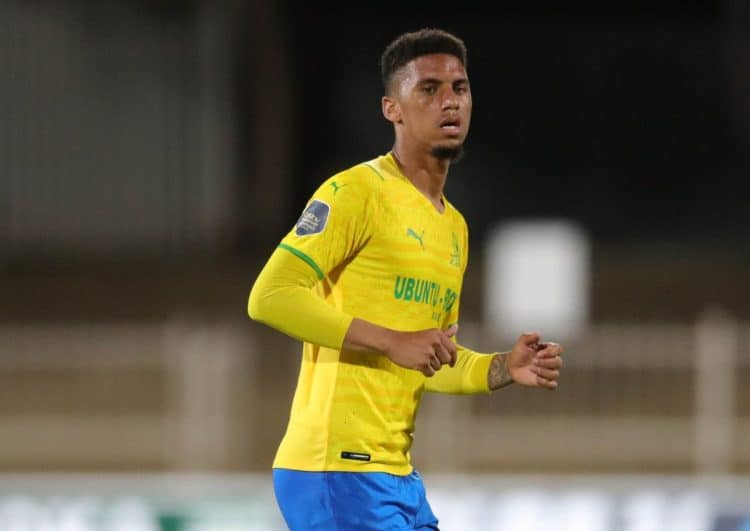 Mamelodi Sundowns are seeking their first victory heading into Friday’s DStv Premiership match with Cape Town City. The Brazilians will be starting their premier soccer league campaign against a determined City who finished in second place at the end of the 2021/22 season. Downs’ defender, Rushine De Reuck expressed his desire to get off on the right foot to defend their treble.

“Preparations are going really well, the guys have been working hard and we know that going to Cape Town isn’t going to be easy. City has been a very difficult team for us to beat, even last season we didn’t beat them in the league, we drew twice, we know how difficult that game is going to be, but we also know that it’s our first game of the season and we need to win just to get the momentum going into the next game. We are ready and working hard.

“It’s very important to start the season with a victory, if we win our first game it will give us confidence going into the next game .”

De Reuck was part of Masandawana’s Caf Champions League group stages campaign where they finished the group on a high note, securing the top spot in their group and already qualifying for the quarterfinals with a game in hand. The 26-year-old Cape Town born star was unfortunately one of the players to fall into Bafana Ba Style’s injury list in their camp.

“My goal this season is to stay injury free, I know now that there’s a lot of work that I need to do on the side, like strengthening to stay injury free and always be available for selection. I know that if I can get my momentum I can do really well for the team and hopefully we can be able to go all the way and win the Champions League, that’s the most important goal for us as a team.”

Lotto and Lotto Plus Results for Wednesday 3 August 2022