Zwane makes promises to Downs fans for the season opener

Mamelodi Sundowns Themba Zwane has made big promises to the club's fans ahead of their season opener against Cape Town City. 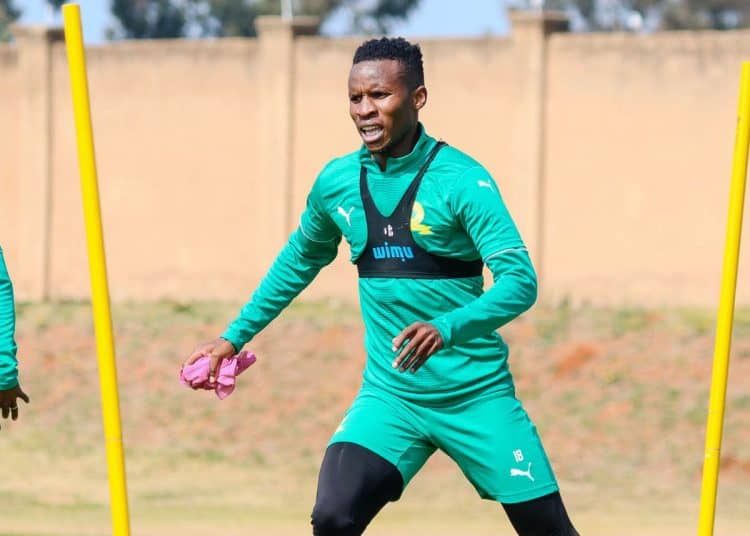 The Premier Soccer League season returns on Friday night and Mamelodi Sundowns travel to Cape Town City to prepare for the new campaign in the DStv Premiership. Themba Zwane has opened up.

Masandawana wrapped up the 2021/22 season with an incredible run of 19 matches won out of their 30 in domestic league competition, 3 lost and 8 draws. The Brazilians are facing one of their toughest competitors in the league in the form of The Citizens, a team that is problematic in both their attack and defensive structures.

Bafana Ba Style’s Zwane described the opening encounter, and said: “Cape Town City is a good team, we need to be more organized and be more focused. We need to finish off the game because we are playing away, and when they are at home they are aggressive and we need to be aggressive also.”

Downs and City took to the battlefield in the final of the 2021/22 MTN 8 competition in front of a large and cheerful crowd in Durban. The  mouthwatering Wafa Wafa clash had to be settled by a penalty shootout where the Tshwane giants emerged victorious after netting three of their spot kicks to City’s two.

Two domestic league encounters followed where supporters of both teams were entertained once more as the rivalry continued with a draw in both encounters. Mshishi indicated the crucial role supporters hold in carrying the team to victory.

“We need supporters to come in numbers, they always push us to win games and we feel happy when they are around.  Supporters can expect to see an aggressive game with goals when we face Cape Town City.”

Mamelodi Sundowns clash with Cape Town City in the DStv Premiership on Friday, 5 August at Cape Town Stadium. Kick off is at 19h30, live on SuperSport TV.