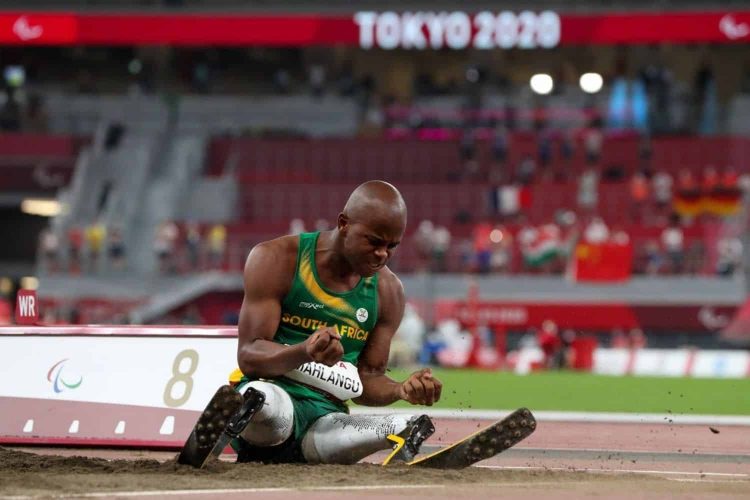 South Africans around the world shared a moment of pride as two members of Team South Africa won gold in the Tokyo Paralympics. On Saturday, 28 August, Anruné Weyers and Ntando Mahlangu were honoured at the momentous occasion, with Mahulangu having a new world record on his name.

Weyers with the first win

Anruné Weyers was the first athlete to win a medal for Team South Africa at the Games. The athlete reached a victory in the women’s 400m (T47) final. She won the race in 56.05 seconds, and just managed to beat Venezuela’s Lisbeli Vera Andrade who came in second with 57.32 seconds.

Mahlangu leaves with a world record

Ntando Mahlangu won Team SA’s second gold medal on day four of the games. He’s managed to set a new world record of 7.17 metres in the T63 long jump event. This meant that he surpassed the previous record, set by Germany’s Leon Schaefer, who landed at 7.12 metres. The 19-year-old tasted glory back in Rio when he took silver in the men’s 200 metres T42. The athlete was only 14 at the time, and it was that moment that made him the youngest South African to reach the Olympic podium.

The South African anthem was heard twice in Tokyo on Saturday, as the athletes rejoiced in their achievements. South Africa’s president, Cyril Ramaphosa, also took to Twitter to congratulate the athletes.

Be sure to keep an eye on the rest of Team SA in the remainder of the Tokyo Paralympics, which is set to conclude on the 5th of September.

RELATED – Tokyo 2020: how the Paralympics have evolved from rehabilitation to spectacle.

Petrol price: Motorists can expect relief at the pumps in September

Mogalakwena Municipality gets pounced on by Hawks