Springbok to play four tests on their year end tour

The Springboks will play four Tests on their year-end tour in November against Ireland, France, Italy, and England 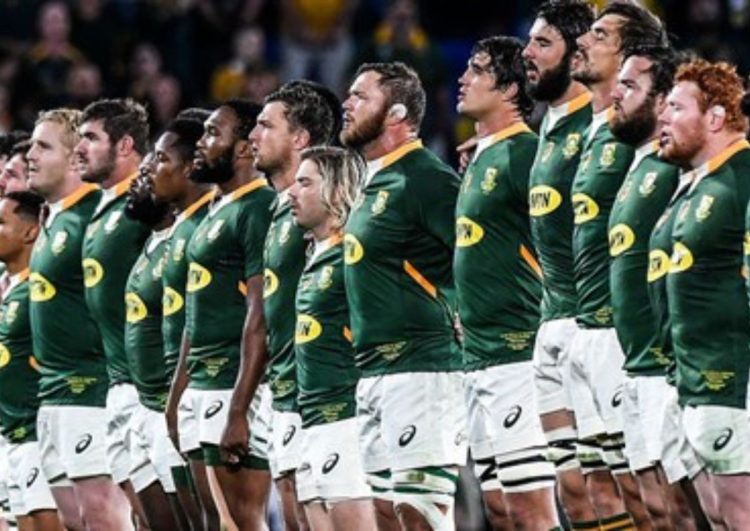 Springbok to play four tests on their year end tour - Image via SARugby.com

SA Select XV game has also been confirmed against the Bristol Bears as part of a planned series of midweek games.

The Springboks will kick off their tour against Ireland at the Aviva Stadium in Dublin on Saturday, 5 November, and this will be followed by Tests against France at Marseille’s Stade Vélodrome a week later on 12 November. Italy await on 19 November, with the venue yet to be confirmed by the hosts, while the tour will conclude against England at Twickenham in London on 26 November.

Negotiations are also currently underway to arrange two more midweek games for an SA Select XV team during the tour, following confirmation that a fixture against the Bristol Bears at the 27 000-seater Ashton Gate stadium will be hosted on Thursday, 17 November.

These matches will complete what will be a challenging international season for the Springboks which already features the Castle Lager Incoming Series against Wales and the Castle Lager Rugby Championship.

“Our traditional year-end tour is taking shape, and the fact that we have confirmed one of the SA Select XV games already is great news,” said Springbok coach Jacques Nienaber.

“The SA Select XV games will provide us with a chance to cast our net wider looks to build squad depth and give players as much game time as possible as the 2023 Rugby World Cup in France draws nearer.

“We only have a limited number of matches left before we kick off our Rugby World Cup campaign in September next year, and we need to use every opportunity we can to give the players game time to develop our player combinations and build squad depth.

“We have an enlarged squad of 42 players with us at the moment for the Castle Lager Incoming Series and hopefully we will have an opportunity to see what most of these players can do at international level as they look to throw their names in the hat for next year’s international extravaganza.”

Nienaber added: “We have constantly alluded to ensuring that we can take a squad to the World Cup with a reasonable amount of Test caps, and although the planned mid-week games are not Tests, it will be vital in keeping the players in tune with our structures and systems and giving them the chance to tour with us and play overseas. That is the only way once can build that type of experience.

“While we know the Test matches will be very tough, I have no doubt the Bristol Bears will provide challenging competition for our SA Select XV team, especially given their track record of having finished top of the Gallagher Premiership table during the 2020/21 season and winning the European Challenge Cup in October 2020. So, we are under no illusions about the challenge they will present.”

The match against the Bristol Bears is set to kick off at 19h45 on 17 November, while the kick-off times of the other matches will be announced once they have been confirmed.

#LifeWithKellyKhumalo: Season 3 is here! Watch as she gives the middle finger for Jub Jub, tears from Somizi