Ten Hag happy to have Ronaldo on board

Erik ten Hag is happy that Cristiano Ronaldo remains at Manchester United, and is looking forward to working with him 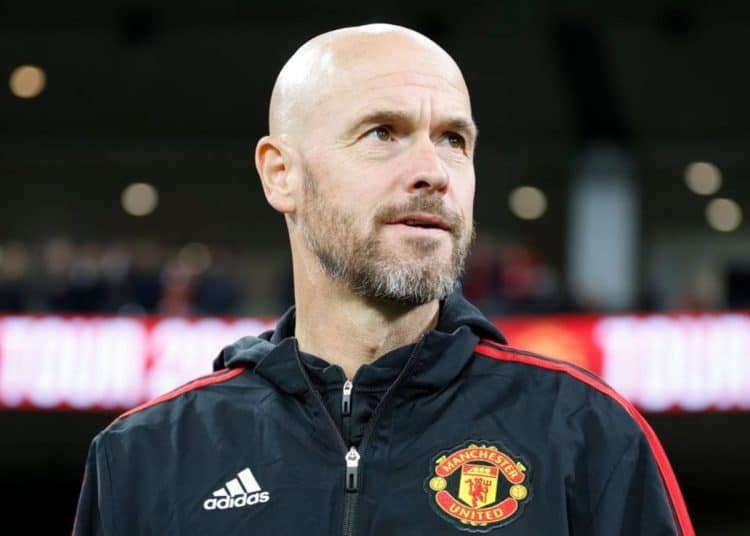 Ten Hag was asked about Ronaldo throughout Friday’s pre-match press conference at Carrington, ahead of Sunday’s Premier League opener against Brighton & Hove Albion.

Some of the questioning focused on reports that Ronaldo had left Old Trafford prior to the end of last weekend’s match with Rayo Vallecano, after being substituted at half-time.

In response, Ten Hag was keen to set the record straight.

“Now I have to point [out],” Ten Hag began, “there were many players who left, but the spotlight is on Cristiano and that’s not right.

“That is what I said is not correct. So I think, do your research and [report] that many players left.

The boss maintained that he was pleased to have Cristiano on board, not least because the in-form Anthony Martial, who led the forward line during the majority of our pre-season fixtures, has an injury.

“How do I feel about starting the season with Ronaldo? I’m really happy,” said Ten Hag.

“I had told you before: we planned with him for the season. We have a top striker and I’m really happy he’s here, he’s in the squad and we stick to the plan.”

Ten Hag claimed he had not yet made a decision on whether to start Ronaldo against Brighton on Sunday.

United’s no.7 played 45 minutes in the 1-1 draw with Rayo last weekend, but those were his only minutes during the Reds’ pre-season programme.

“We will see on Sunday,” said the manager, when asked about who will replace the injured Martial.