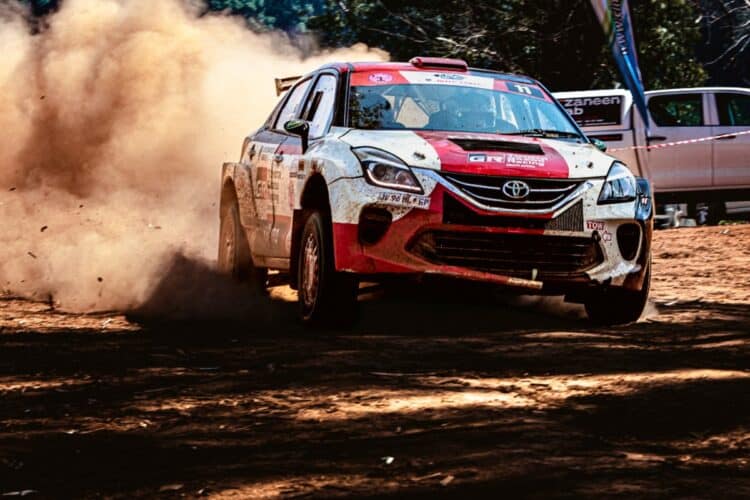 The 2022 South African National Rally Championship (NRC) has reached Rounds 9 and 10, with the upcoming Delmas Rally, which takes place in the Mpumalanga town this weekend. TOYOTA GAZOO Racing SA’s Guy Botterill and co-driver Simon Vacy-Lyle will be aiming to score maximum points over the weekend, in order to keep their championship aspirations alive.

While the crew currently find themselves in fourth place in the overall standings, despite fielding an all-new Toyota Starlet that exhibited teething problems early in the season, a good result in Delmas could see them close the gap on the leaders, with two rounds to go after this event.

“We’re confident that our rally Starlet is well-prepared for the upcoming event,” says Botterill. “The terrain is also somewhat easier than what we’ve faced thus far in the season, and we have every reason to be confident.”

At the same time, rally rookie Mandla Mdakane will be back in action, driving the older Toyota Auris. Mdakane made his rally debut at the previous round, and showed good pace despite niggling issues in the car hampering his progress. He will again be partnered with experienced co-driver Kes Naidoo.

The penultimate event of the 2022 NRC gets under way on Friday, October 7th, with Round 9 of the championship. Round 10 will follow on Saturday, using similar stages to the previous day.