Damian Willemse has signed a contract extension of five years with the Western Province Rugby and remain at DHL Stormers until 2027. 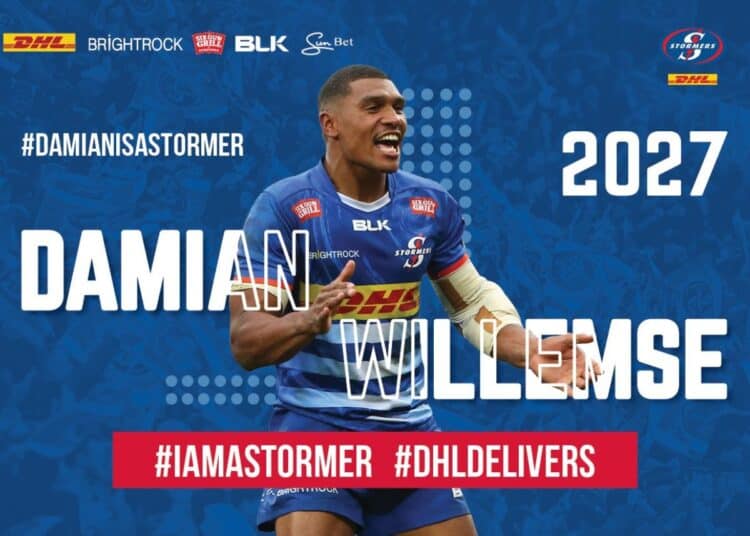 Willemse who is the playmaker played his first match for DHL Stormers at the age of 18 in 2017, and is also representing the Springboks.

He played a big role when the DHL Stormers won the inaugural Vodacom United Rugby Championship title in the past campaign.

In the national team, he has featured as fullback and flyhalf.

DHL Stormers Head Coach John Dobson said: “We have always known the potential of a player like Damian who has all the talent in the world. To have seen him develop over the last five years into the ultimate professional has been a privilege, and we are so glad that he has chosen to remain loyal to the only team he has ever played for.

“Damian has such a big impact on those around him and that influence will only grow over the next five years as we look to take this team to even greater heights,” he said.

Willemse said expressed his delight after extending a stay at DHL Stormers.

“Playing for the DHL Stormers has always meant a lot to me, so I am very happy to know that I will be around for what will be a very bright future.

“The players and management here continually push each other to raise standards and I’m glad to know that I will be a part of that for the next five years,” he said.

Friday’s Powerball and Powerball Plus Results for 30 September 2022